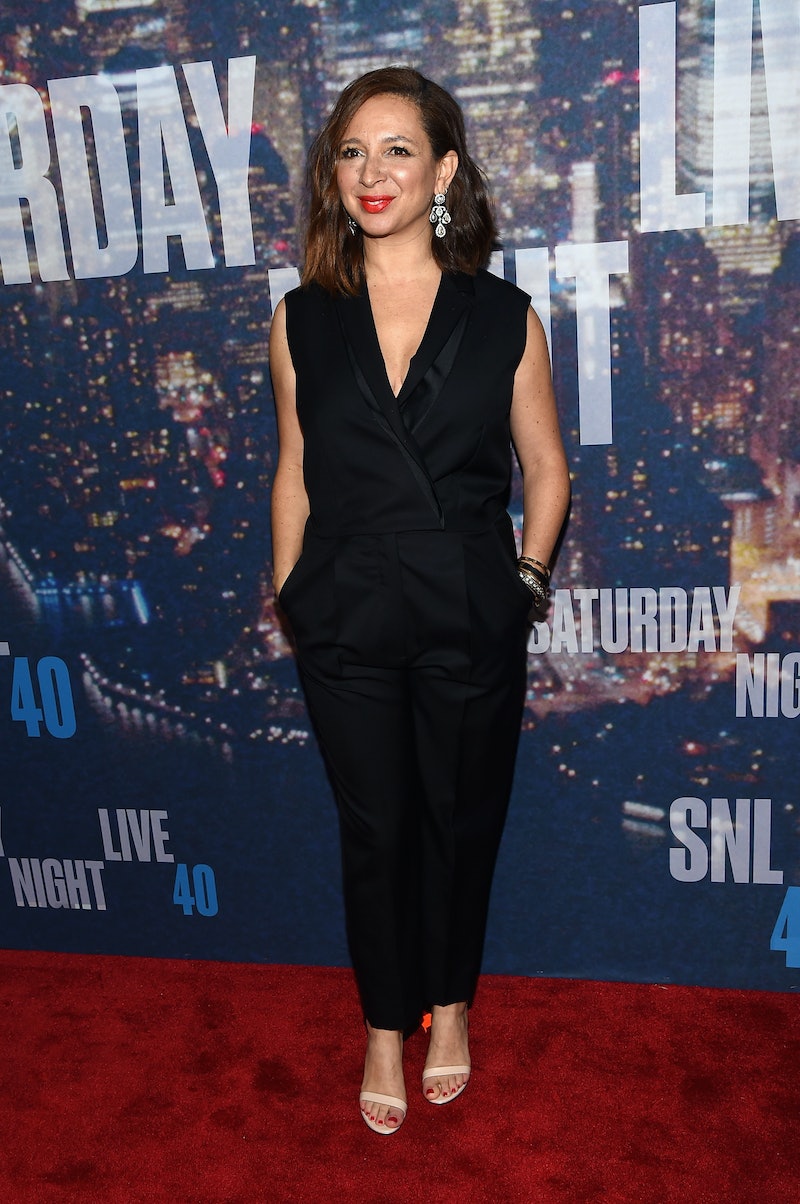 The SNL 40 anniversary boasted a very impressive lineup of guests swinging by studio 8H to celebrate the 40th year of Saturday Night Live airing, but there was one name that seemed to be missing in the promos. Luckily, Maya Rudolph brought her Beyoncé impression back to the show for a musical interlude throughout the special, and I think it is safe to say that Rudolph's Beyoncé is almost as good — if not better — than the real deal, right? But Beyoncé wasn't the only musical impersonation to grace the stage, because Adam Sandler and Bill Murray brought back their fan favorite characters Opera Man and Nick the Lounge Singer (respectively).

I think it says something about an impression when you know the real Beyoncé isn't coming out, but you're just as excited to know that it is her impersonator. As always, Rudolph was on fleek with her impression of Queen Bey. And even though her accent was kind of weird, who cares, it's Beyoncé.

And while we can never get enough Beyoncé, it was the moments featuring Opera Man and Nick the Lounge Singer that really made the musical segment amazing. Sandler, who played Opera Man during Weekend Update, sung his heart out in full opera garb, making us miss those long locks and drawn out notes.