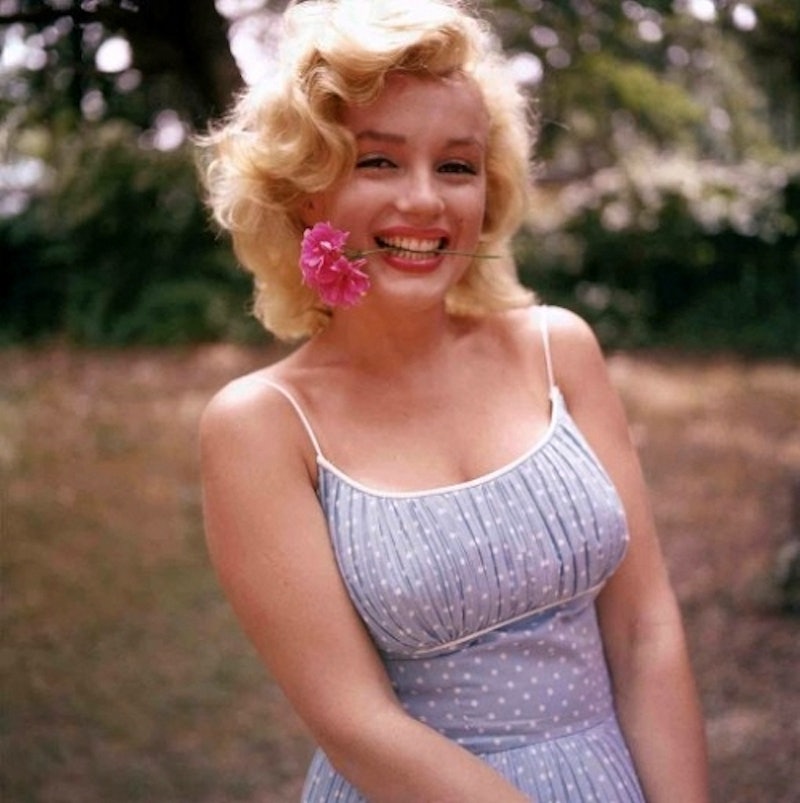 My roommate recently came into ownership of a blown-up 2002 magazine cover featuring Jennifer Aniston as the cover girl. The cardboard cover, which has taken up residency against our living room wall, boasts a spaghetti strap-clad Aniston and article headlines that read things like, “Does your daughter dress like Britney?” It’s become the subject of many nostalgia-ridden conversations, harking back to a TRL-heavy time when J. An (my roommate gave her ultimate girl crush the J. Lo nickname treatment sometime in 2005) was married to a Brad Pitt with highlights in his hair, Justin and Britney walked the red carpet in Canadian tuxedos, and O-Town replaced the void that Savage Garden’s split had left in tween hearts. Most recently, during a deeply profound analysis of Christina Aguilera's career (did she peak with Stripped?), we got on the subject of early-aughts style, and more specifically, cleavage.

“When was the last time you saw cleavage?” my roommate asked. She raised a good question. Maybe my flat-chested perspective from a biting New York winter makes me bias, but women don’t show cleavage like they used to. I associate cleavage with v-neck shirts and tight-fitting button downs, strapless dresses and anything of the spaghetti strap variety. Of course it all depends on where your assets are, but as far as what designers are putting on the market, cleavage-baring tops have given way to styles that reveal skin in alternative ways, like crop tops and cut-out tees. Not too mention, trends like normcore, menswear and androgynous-chic don’t leave much opportunity to show some boob.

Despite what’s being put down the runway and onto Zara racks, maybe it’s less that cleavage isn’t as “in fashion” as it was five to 10 years ago and more that the way we show cleavage has changed. The traditional, Marilyn Monroe-esque look created by a push-up bra — though it will always be around — has been replaced by one with a plunging neckline that cuts as far down as the navel. It allows for a sag that doesn’t require a bra to keep things in place.

Jennifer Lopez and Sienna Miller each exemplified the new plunging look at the Golden Globes last month, in very different bra sizes. Elsewhere on the red carpet, Kim Kardashian provides a solid case study to examine the evolution of cleavage. Her dress at last week’s Grammys is a stark contrast to what she wore when the Kardashians were first becoming reality TV sensations in 2007. The latter makes cleavage the main event while the former downplays her breasts and puts the focus on her neckline and legs.

So why the shift away from traditional cleavage? I have two theories. First, the deep cut allows women to flaunt their breastbone, which similar to the collarbone, has a connotation of being "skinny." Second, by foregoing a bra, push-up or otherwise, the deep cut is a natural way to let it all hang out. Not wearing a bra yet still being able to show cleavage is the answer to those of us who want to give off the allusion of effortless style.

More like this
Twitter Can’t Get Enough Of Lewis Capaldi Creating Fashion Looks For ASOS
By El Hunt
Here Are All 703 Outfits Rachel Wore On Friends
By Kat George
10 Holiday Fashion Picks Our Senior Editor Can't Stop Wearing
By Kelsey Stiegman
Cyber Monday Deals 2022: The Best Fashion Sales To Shop
By Dominique Norman
Get Even More From Bustle — Sign Up For The Newsletter