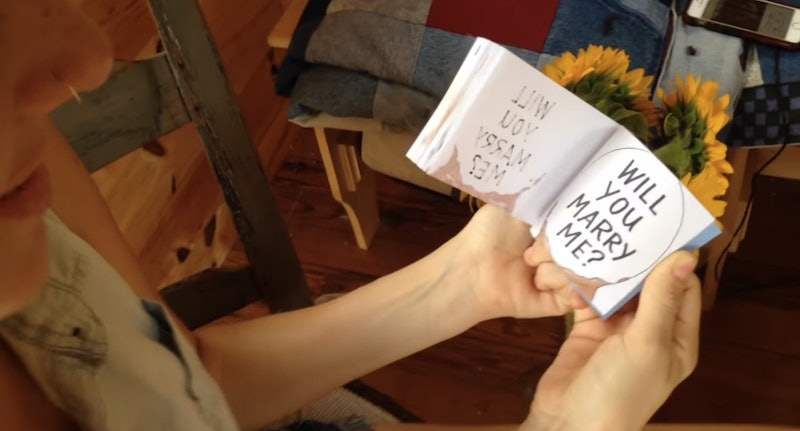 If you haven't guessed from all the manic pixie dreaming, this is sickeningly adorable. Like, so adorable nothing you ever do will seem even half as adorable as this adorable shit. The only thing that kind of irks me about this is the moment she says "yes", manic pixie dream Jeff continues filming her instead of taking her in his arms, tearing off all her clothes with his teeth and taking her into the wilderness for their first manic pixie dream sex as an engaged couple. Because let's be real: First time engaged sex should be more important than filming your proposal to create a viral video. Am I right or am I right? Regardless, we're all going to sit here and watch the manic pixie dream wedding proposal of Zach Braff's wildest fantasies, and at least some of us are going to pray that our boyfriends know us well enough to put the ring in the bottom of a carton of McDonald's fries and be done with it.

Maybe I sound a little bit bitter. I don't know. But it's not like we can all be this guy about every proposal (top left corner):