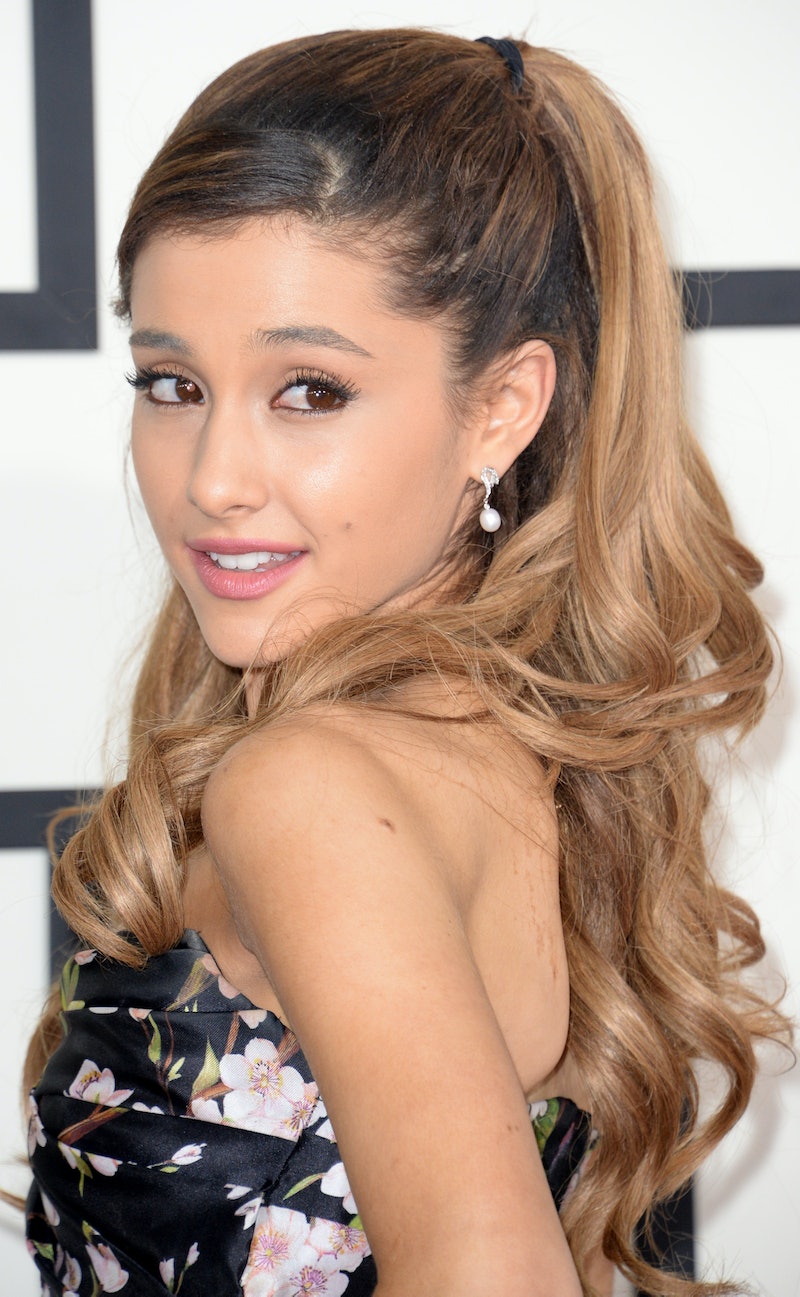 I love you, Ari, but I have no idea what you were thinking here: On Sunday, Ariana Grande premiered the music video for her new single, "One Last Time," and sadly, it's both boring AND confusing (not exactly a winning combination). I wouldn't say that Grande is "known" for her videos, but the campy, futuristic visual for her past single, "Break Free," is delightful, for example, so I was hoping she would deliver once again. Unfortunately, that didn't happen.

For reasons unexplained, Grande decided to go sci-fi for "One Last Time" — a fairly straightforward ballad about a woman who cheated on her partner and wants another chance. Does that premise scream "sci-fi" and cheap special effects to you? Yeah, me neither. As "One Last Time's" "found footage" clip begins, Grande and her boyfriend are stuck in traffic when glowing purple meteors start falling from the sky. Naturally, Grande gets out of the car so she can climb to the highest rooftop in town in order to share one last kiss with her lover before the world ends. (I would've been looking for a bomb shelter, but that's just me.)

Maybe I'm butthurt because "One Last Time" is my favorite song on My Everything and I wanted a simple yet touching video to go along with it, but I can't imagine many fans are going to be satisfied with this treatment: the concept is lazy, it doesn't have much to do with the track's narrative, and it's not even cool to look at. Fortunately, the video contains a number of unintentionally hilarious moments that actually do make it worth watching, so, it's not a total loss:

When the World Is Ending & Ariana Is Still Camera Shy

Seriously, Don't Look at Me!

When This Crazy Bearded Man Attacks Ariana for No Reason

When This Crazy Bearded Man Attacks the Boyfriend for No Reason

When Ariana Is All "Oops, I Forgot to Turn on My Glow Coat!"

When Ariana's Still Pissed About the Camera (Even Though, You Know, The Whole World's About to Explode)