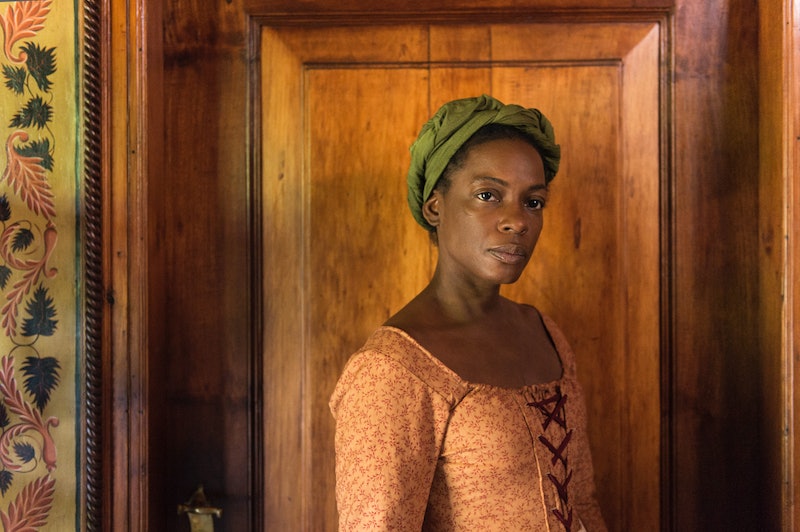 The BET miniseries The Book of Negroes premieres Feb. 16 at 8 p.m. and though it is based on a novel, some of it is also from true events. So is The Book of Negroes' lead character Aminata Diallo based on a real person? BET describes the show as doing an "amazing job of weaving history with fiction, drawing from the period in which it is set to help conjure up a passionate historical drama." The controversial title itself comes from a real historical document that was a record of the slaves who were given freedom by the British called the Book of Negroes. But although the novel takes inspiration from true events, the author of the novel, Lawrence Hill, has made it clear that Aminata was not a real person.

In an interview with Deborah Kalb Books, writer Hill answered the question about whether or not Aminata was inspired by a person who actually lived.

Aminata comes straight from my imagination. She is not based on a real person, although I did give her the name of my eldest daughter, whose name is Genevieve Aminata Hill. As I wrote the story, I tried to imagine the character Aminata as my own daughter...Although Aminata's personal story is imagined, I intend the social and political issues in the novel to be as true a representation as I can offer of the history of the time. It took five years to write the novel, and I conducted research from the first day to the last.

Actress Aunjanue Ellis portrays Aminata in the miniseries, and she is no stranger to TV with roles in The Mentalist, True Blood, and NCIS: Los Angeles. She will show us the intense journey Aminata goes through as a slave from her homeland of Bayo in Africa to South Carolina and New York, then London, Nova Scotia, and back to Africa again in Sierra Leone.

Although Aminata may not be a real person, she is a character to be admired. She is a skilled midwife who can read and write, and her education helps her significantly. Ellis said of her character in an interview with NBC News. "Aminata used her imagination to escape her situation."

The miniseries already aired in Canada on the station CBC TV in January as six parts, but BET will air the entire miniseries over the course of three consecutive nights, starting on Feb. 16. So if you think you'll be inspired by Aminata's story (and how could you not?), you won't have long to wait to see what happens to her.

In the meantime, watch author Hill discuss the strong character that is Aminata below to get prepared for The Book of Negroes.

More like this
Idris Elba & Tom Hollander Lead This Year’s Must-Watch Christmas Flick
By Maxine Harrison
Letitia Wright's Aisha Encourages A Vital Conversation Around Immigration
By Maxine Harrison
The 'Firefly Lane' Book Ending Teases Way More Tears To Come In 2023
By K.W. Colyard
Watch The Tense New Teaser Trailer For 'Happy Valley' S3
By Bustle UK
Get Even More From Bustle — Sign Up For The Newsletter