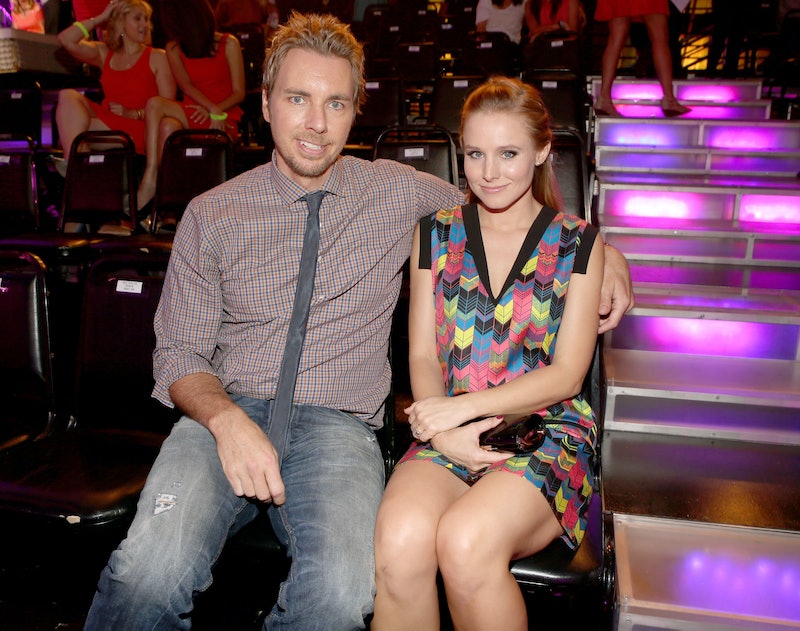 Well, if you want this adorable and beloved couple to have more kids, they won't be. Kristen Bell and Dax Shepard are done having children, at least that's what the House of Lies actress told Ellen DeGeneres on The Ellen DeGeneres Show. Shepard and Bell welcomed Delta Bell, their second daughter, in December 2014, but the two will not be popping out anymore cute babies, because, well, they don't want children overrunning the house. Bell told Degeneres:

No. No, no. We don't want to be outnumbered. Until, I suppose, I accidentally get pregnant and my third child watches this clip and realizes that he was an accident. Sorry, honey. No, but we're gonna cap it at two.

OK. Who else is upset that these two won't be having anymore children? Of course, I totally support anyone who doesn't want to have children or only wants to have one or two, but I just love hearing Bell and Shepard discuss their little ones. They always have the best stories and they never fail in being hilarious. However, now that the two are surrounded by Delta Bell and Lincoln Bell, Shepard feels a bit outnumbered by women. Bell said:

He likes to say he never thought he'd be surrounded by so many women and not having this much sex.

See? Even when she's opening up about not having anymore kids, Bell manages to make it a cute and funny story. Even though Bell says they're done having kids, that doesn't necessarily mean it's true. Maybe they'll change their mind in the future. However, if they truly are finished popping out cuties, I don't want anyone getting too upset, because we all know this family is far from having adorable moments.

As Bell and Shepard followers know, they just can't help but be one of the most adored celebrity families in Hollywood. Remember Bell's sloth moment? Yeah, I have a feeling we can expect even more fun times like that from this amazing family.