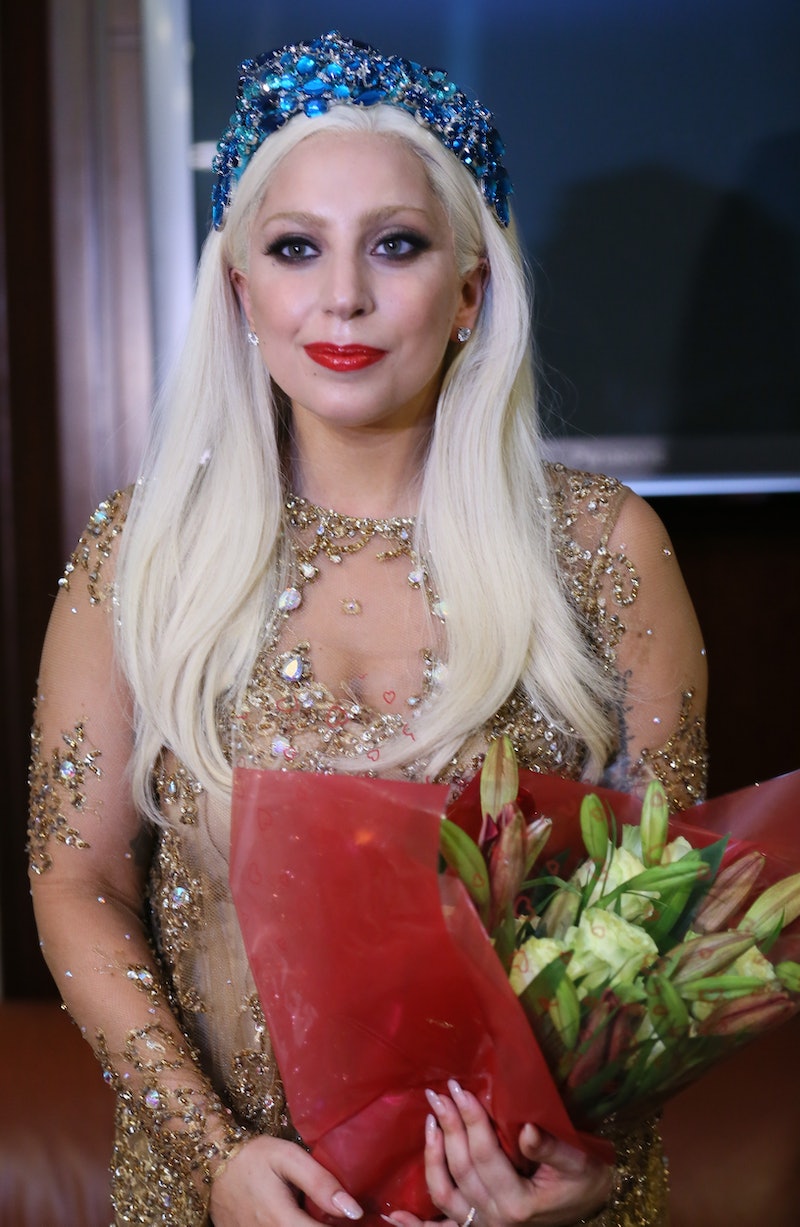 Whelp, it's certainly a happy day for the unexpected couples out there in lover's land. Why? Because Lady Gaga is reportedly engaged to Taylor Kinney! You know what they say... The couple that meets while role playing as mad scientist and bathtub mermaid stays together.

(Update: Lady Gaga confirmed her engagement on Instagram showing off a photo of her ring along with the caption, "He gave me his heart on Valentine's Day, and I said YES!")

As of Monday afternoon, Us Weekly is reporting that Gaga and her TV-firefighter boyfriend Taylor Kinney supposedly got engaged on Valentine's Day, of all days. BUT WAIT, IT GETS EVEN MORE ROMANCEY. Afterwards, Kinney and Gaga reportedly hopped over to her family's Upper West Side trattoria Joanne, as the executive editor of the Times Herald-Record told Us Magazine (the Orange County, New York, newspaperman happened to be in attendance, celebrating the holiday with his wife). Meaning, they probably reenacted the spaghetti-kissing scene from Lady & The Tramp while a coterie of waiters serenaded them. Someone probably had an accordion too, because we're pulling out ALL the lovey-dovey stops here.

Before we get ahead of ourselves and start scouting various experimental art galleries that would be good for the venue, we should wait for Gaga to make a statement. Her representatives haven't confirmed or denied the news, so it remains hearsay at the moment, but if the news is legit, at least she won't have to worry about dress shopping. Remember when she went on a bridal shopping spree just for the fun of it? She already has SO much to wear.

As you may remember, the pair met on the set of Gaga's 2011 music video for "You And I," in which Taylor plays a Dr. Frankenstein-style scientist, and Gaga plays a mermaid, a cyborg, and a bird-looking-creature? They may not seem like the most obvious couple on paper (I mean, he wears v-necks, and she wears bustiers made of Lucite bubbles), but they appear to be pretty ahem, GAGA for each other (had to do it). Just one last question: will they be hyphenating their last names? Mr. and Mrs. Gaga-Kinney?

More like this
The Best Memes & Tweets About Lady Gaga Reportedly Joining 'The Joker' Sequel
By Grace Wehniainen
Everything To Know About The Musical ‘Joker’ Sequel – & Lady Gaga’s Role
By El Hunt
Britney Has Been Granted A Restraining Order Against Her Ex-Husband
By Bustle Staff
Who Is Betty Who Dating? The Australian Singer Is Married To Her Tour Photographer
By Radhika Menon
Get Even More From Bustle — Sign Up For The Newsletter