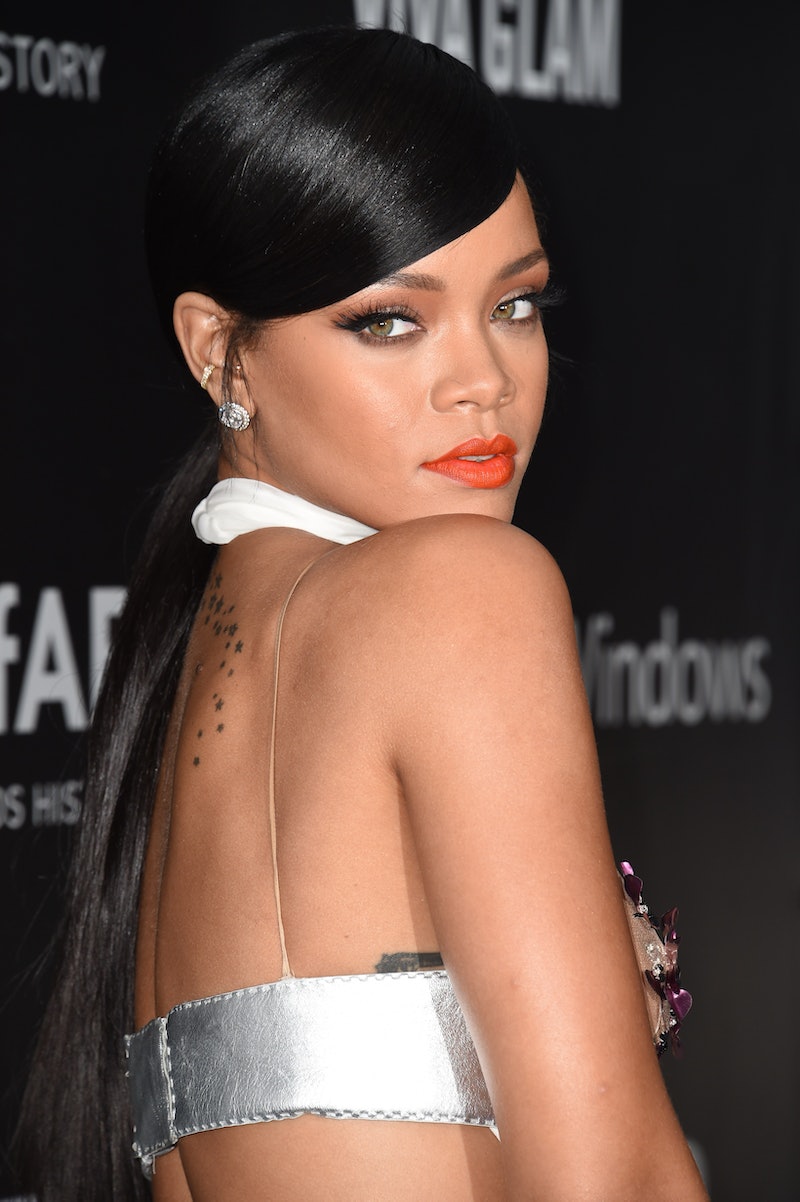 Today, we learned that Rihanna's got some untapped potential in the blockbuster superhero movie industry. At least that's what we've gathered from the cover she's featured on for AnOther Magazine's newest issue. On them, Rihanna celebrates the past, present, and future of Alexander McQueen, while tossing a little DC Comics into the mix. The takeaway? Black patent masks look stunning on Ri, and Catwoman better watch her back.

Superhero motifs aside, Rihanna is also an excellent choice to pay homage to Alexander McQueen, a designer who was as eclectic as he was iconic and took the fashion industry by storm. Gone too soon, yes, but there's no one better than Rihanna to help carry on his legacy.

Her cover (Stella Lucia and Léa Seydoux rock the other two) also shows her sporting a short French-inspired fringe, and although the baby bangs look isn't my fave (sorry, Bey), if there's one person who can pull it off, it's Rihanna.

We haven't seen the whole spread, and no word on whether they'll be just as badass as the sneak peeks we have seen — then again, this is Rihanna, so they probably will be. We'll have to wait until the issue's release on February 19. Also, no disrespect to Ben Affleck, but she probably would've been an excellent choice to play Batman in the Man of Steel sequel. Whatever it is, masks and Alexander McQueen agree with Rihanna.