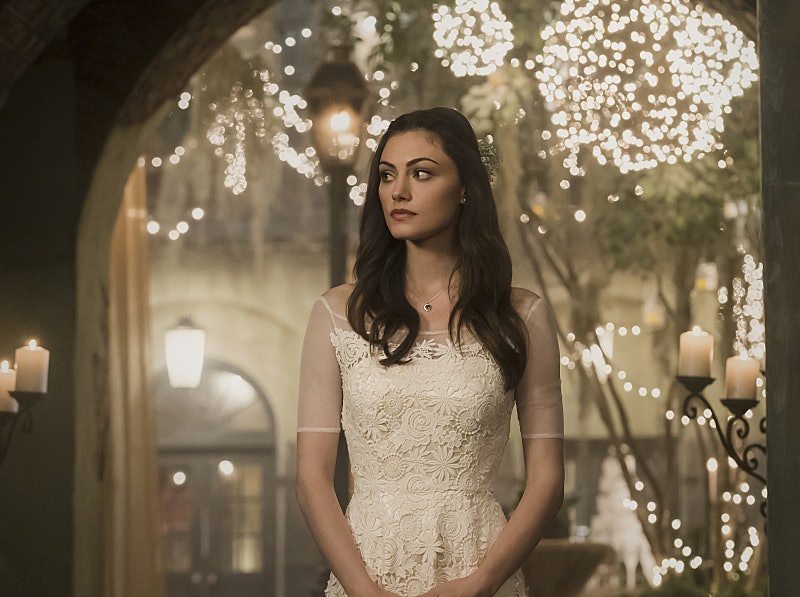 Quit playing games with my heart, Originals. Because I'm not sure how much more of this I can take. Now that I can finally stop worrying because Elijah is alive on The Originals , the series has gone and thrown its classic Haylijah heartbreak back in my face. On Monday night's "I Love You, Goodbye," Hayley married Jackson even though she's obviously in love with Elijah and Elijah is in love with her. And it looks like the final nail has been hammered into Haylijah's coffin on The Originals Season 2 because, while Hayley loves Elijah, she's had enough of his emotional unavailability and Jackson can, allegedly, make her happy.

Obviously I have a lot of feelings about this — Haylijah was really the only valid 'ship The Originals had for the past two seasons. And now it just seems over and the worst part is that even Elijah seems to have moved past the obvious potential Haylijah had. If you were looking for the heartbreak that's been missing since Elijah went off the deep end and Hayley decided that her duty to this war in New Orleans was more important than her heart, you got it on Monday night.

Hayley called out Elijah for NEVER being able to tell her how he really felt — even after they slept together — and basically told him that she'd moved on. Or, at least, she's moving towards a more conventional and less popular romantic relationship. Sure, Jackson loves her and, to some degree, she probably loves him back. But Hayley threw into her pre-wedding speech to Elijah that, from the moment she met him, she knew they had something together. And now that's just gone because the wolves needed this marriage, Klaus needed this marriage, and Hope's future needed this marriage. But what about Hayley? And, if we're being honest here, what about me?

One of the best things about The Originalswas Haylijah's will-they-won't-they love story and, with Elijah's proclamation that he's going to protect Jackson if he brings even the slightest bit of happiness to Hayley's life, it just seems over. Elijah won't even fight for Hayley anymore and that just doesn't seem fair to anyone — again, especially me.