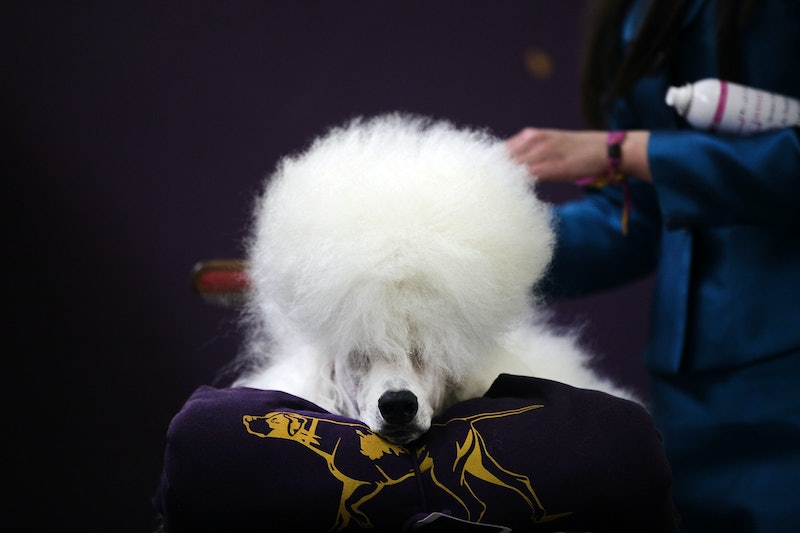 First off, Westminster holds all the glitz and glamour of the Oscars, but without the cut-off music and lack of diversity. Every beloved breed will be represented, and the level of cuteness is bound to make your heart explode. Who will come out on top? Will it be a true American breed from the working group? Or will it be a soft little ball of fluff from the toy group? The Best In Show Winner will be crowned on Tuesday night and Westminster's winner can offer up his or her distinction as being rather different from the National Dog Show's winner.

The Westminster Dog Show Is Basically The Oscars For Dogs

This is THE dog show of the year. It wraps up the dog show season, and has over 2,700 dogs competing. It's taken very seriously, so think of it like the Academy Awards, whereas the National Dog Show is more like the Golden Globes — a lot sillier and since it takes place on Thanksgiving, a lot more people are drunk during it.

Westminster Is a Three-day Event

This Dog Show kicked off on Sunday with an agility contest and ends Tuesday with winners named in the sporting, working, and terrier groups, along with the coveted Best in Show title.

The National Dog Show takes place in Philadelphia, whereas the Westminster Dog Show is in NYC. And the Empire State Building can be seen with the show's traditional colors of purple and gold during the event.

The Winner is Hard to Predict

The National Dog Show has had back-to-back winners of the same breed, but that hasn't happened at the Westminster show since the early '70s where an English Springer Spaniel was the winning breed two years in a row. Also, there are two new breeds entering the competition this year — the Coton de Tulear and the Wirehaired Vizsla — so this is truly anyone's game.

The Best in Show dog is Guaranteed All Kinds of Fame

Much like winning an Academy Award, scoring the Best in Show title leads to some massively glamorous opportunities. The 2008 winner, a Beagle named Uno, received tons of appearance requests following his victory, he walked the red carpet at Hollywood events, and was even invited to the White House, as reported by People.