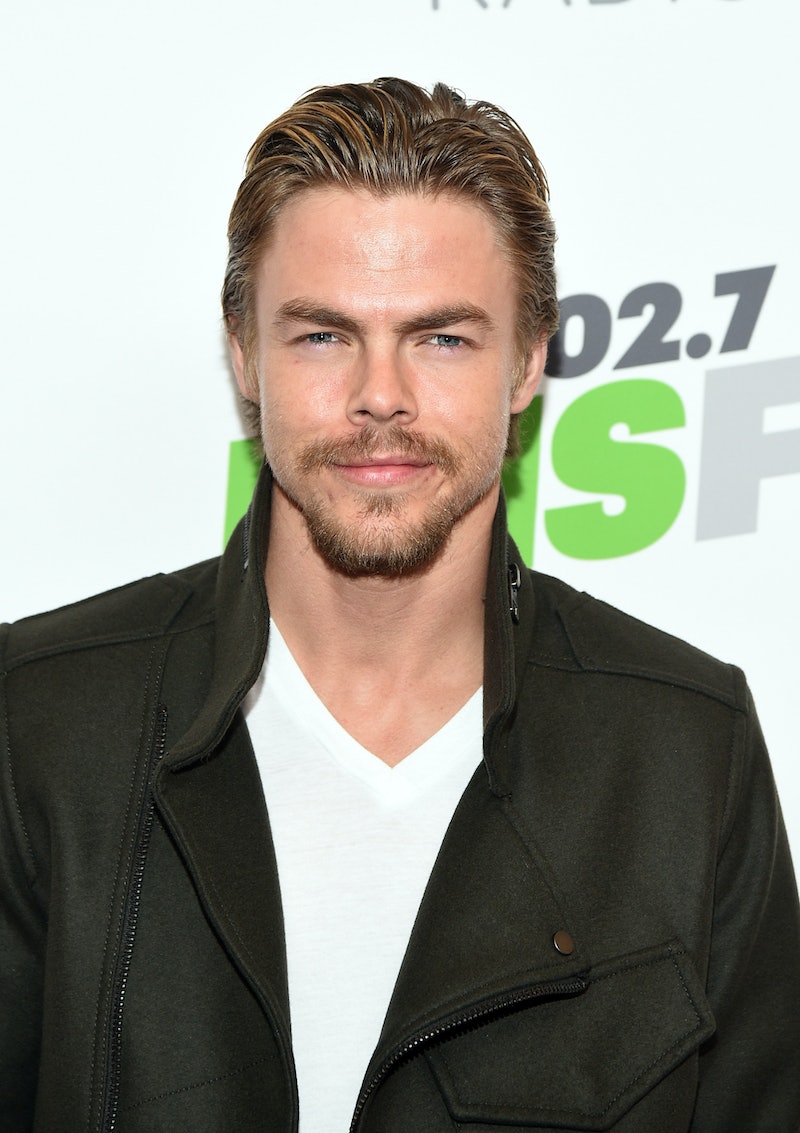 If you're wondering about the relationship status of a certain debonair blonde with impeccably groomed facial hair and some serious moves, you are most likely not alone. In fact, get in line with the rest of us. Yes, there are, in fact, plenty of fish in the sea but can those fish also win five mirror ball trophies? I don't think so, friends. And that's why this particular question may have been plaguing you: Is Derek Hough single? Or, is he twirling some other lucky girl around the dance floor?

Well, the answer isn't perfectly clear. As you may have already heard, there have been a bunch of rumors going around starting in December 2014 that Hough and Kate Hudson had become a thing. Us Weekly reported that someone had apparently caught them kissing, but nothing was ever confirmed by either rumored kissing participant. Though, as the Daily Mail points out, "In a [paparazzi] clip released in mid-December, the dancing star was seen failing to deny that he and Kate were a new item." Judging by the clip though, he seemed to just not want cameras following him around.

In the time since the Hudson rumors began, there have been reports of Hough being "spotted" with other women including supermodel Chanel Iman. So, what does this mean? Probably nothing, honestly. As we all know, two friends of the opposite sex aren't allowed to hang out in public with someone assuming there's something more there. I mean, there were even rumors that the dancer was dating his last Dancing With the Stars partner, Bethany Mota, back in the fall.

If Hough's social media accounts and interviews are any indication, the one thing he's truly in love with is New York City.

And really, if you ask Carrie Bradshaw, a relationship with New York City is the best relationship a person could hope for. Considering he's in town to perform with the Rockettes for their New York Spring Spectacular show, he and New York will probably be an item for a while longer.

But let's take a deeper look at his recent Instagram posts:

Though, he did have a romantic Valentine's Day

Yep, he seems pretty preoccupied with things other than dating

So, if he's "very inspired and incredibly focused" as he says, there's probably more room in his heart right now for career moves rather than relationship ones

For argument's sake, it at least looks like Derek Hough is currently single. Maybe he and Hudson are keeping things quiet, or, maybe he's, as Jason DeRulo would say, "Ridin' Solo." And that's cool, too.