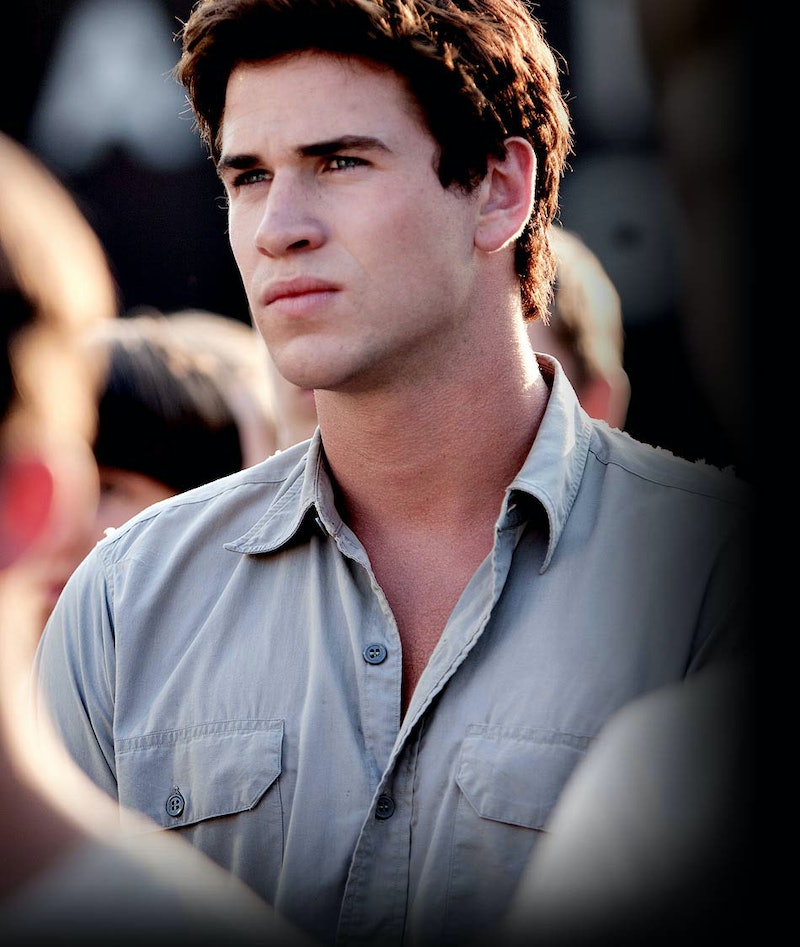 Some fans of the Hunger Games film franchise, were in dismay at the end of the the Mockingjay Part 1 movie. They were wondering what the future holds for Liam Hemsworth's character Gale since he was pretty much exed out of the love triangle in Mockingjay Part 1. I mean, if you can even call that a love triangle, considering how focused on the war and Peeta Katniss was during the film. So what happens to Gale in Mockingjay Part 2? Fans of the book series know that his storyline is far from done. So what's left for him? Watch out Hunger Games fanatics, there are some spoilers ahead.

Yes, Hemsworth is very present in the movie. There is no need to fret. A synopsis of the Mockingjay Part 2 movie says that Katniss and her clique, including Finnick, Peeta, and Gale go on "a mission with the unit from District 13 as they risk their lives to stage an assassination attempt on President Snow." In fact, Gale will appear in the opening seconds of the movie with Jennifer Lawrence's character Katniss Everdeen, "dressed in hooded robes with influence that could also be something straight out of Star Wars." A wardrobe detail that I am sure you wanted to know.

Vanity Fair published a list of Mockingjay Part 2 spoilers, and plenty of them include Gale. So what will Gale be up to? Apparently, he puts together a plan to blow up "the Nut," the center of the Capitol's military operations, that is full of innocent people. This obviously will not end well. Still, it is pointed out that "Katniss and Gale totally, totally make out." Something that will be much harder to watch, however, is the fact that later in the storyline, Katniss's sister Prim Everdeen is killed in a method similar to the one that Gale devised for the Nut — and Katniss makes it clear she cannot think of him the same way again. This leads Katniss to shut down any avenue of romance the two of them might have otherwise pursued.

No need to worry about seeing Gale in the last Hunger Games movie. He will be present, but his storyline just might make you cringe a little.