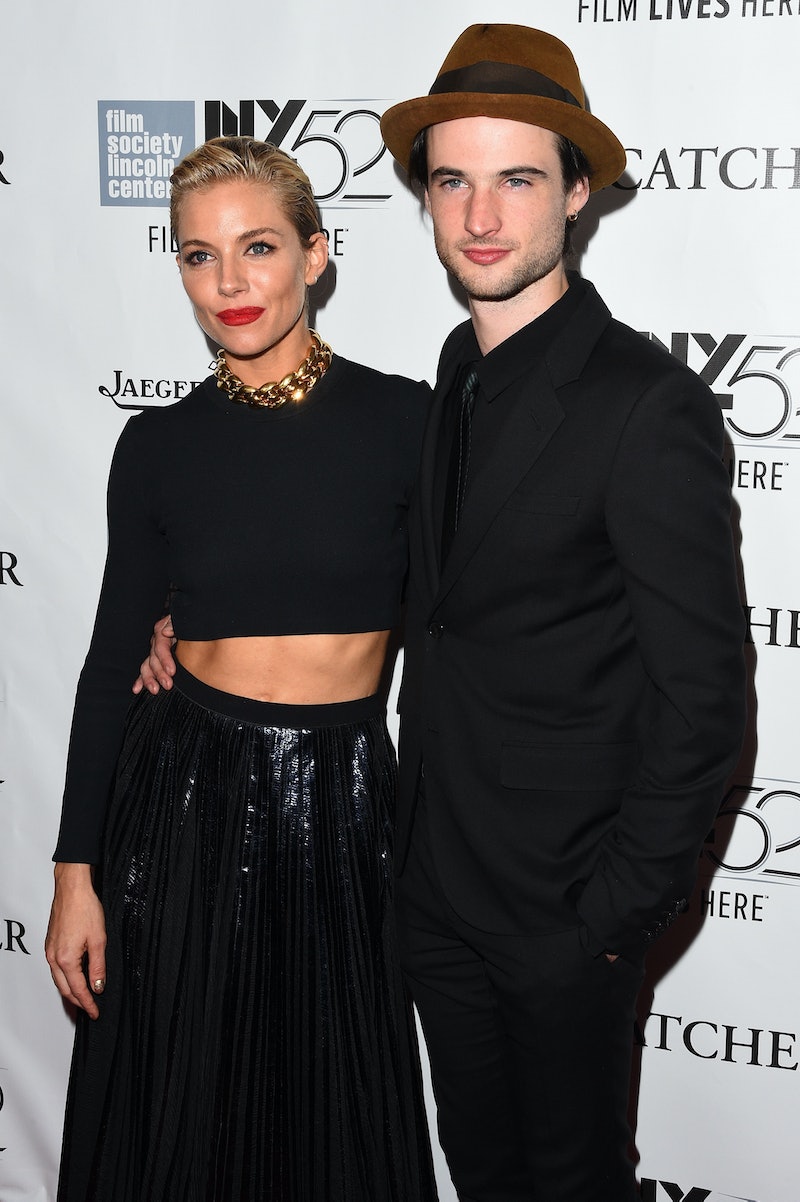 Let's be honest with ourselves for just a second. An admittedly shallow and yet very enticing part of the Academy Awards is waiting to see who will show up with who on their arm. It's like the high school prom, except it's televised and everyone is a lot less acne prone and a lot more attractive. Case in point, one particularly hot and very British couple we expect to see gracing the Oscars red carpet is none other than American Sniper actress and 2015 Oscars presenter Sienna Miller and her fiancé Tom Sturridge. They've been a red carpet fixture for a while now, but when did Miller and Sturridge actually start dating?

First, let me preface this by saying that I like to give bonus points to couples who can match their outfits on the red carpet without it being impossibly cheesy, and they somehow seem to pull it off. I mean, the pair are exceptionally beautiful, especially when standing next to each other. And, you can't really mess things up too bad when you've already been honored by Burberry with a hot couple's ad campaign. These guys are literally pros.

So yes, it makes sense that the two would show up to a major event like the Oscars together, as they have been engaged since January 2012, have a 2-year-old daughter together, and are notoriously supportive of each other.

An interesting fact about the couple is that they've been engaged nearly as long as they've been together. According to multiple reports, they've been dating since March 2011, and as the New York Daily News relays, "The couple began dating shortly after the actress' split from on-and-off beau, Jude Law." So that makes almost four years of being impossibly stylish together.

To further prove that this enduring couple can rock a red carpet, check out the pictures below.

Based on these pics, I can't wait to see what fierce looks they bring to the 2015 Oscars.