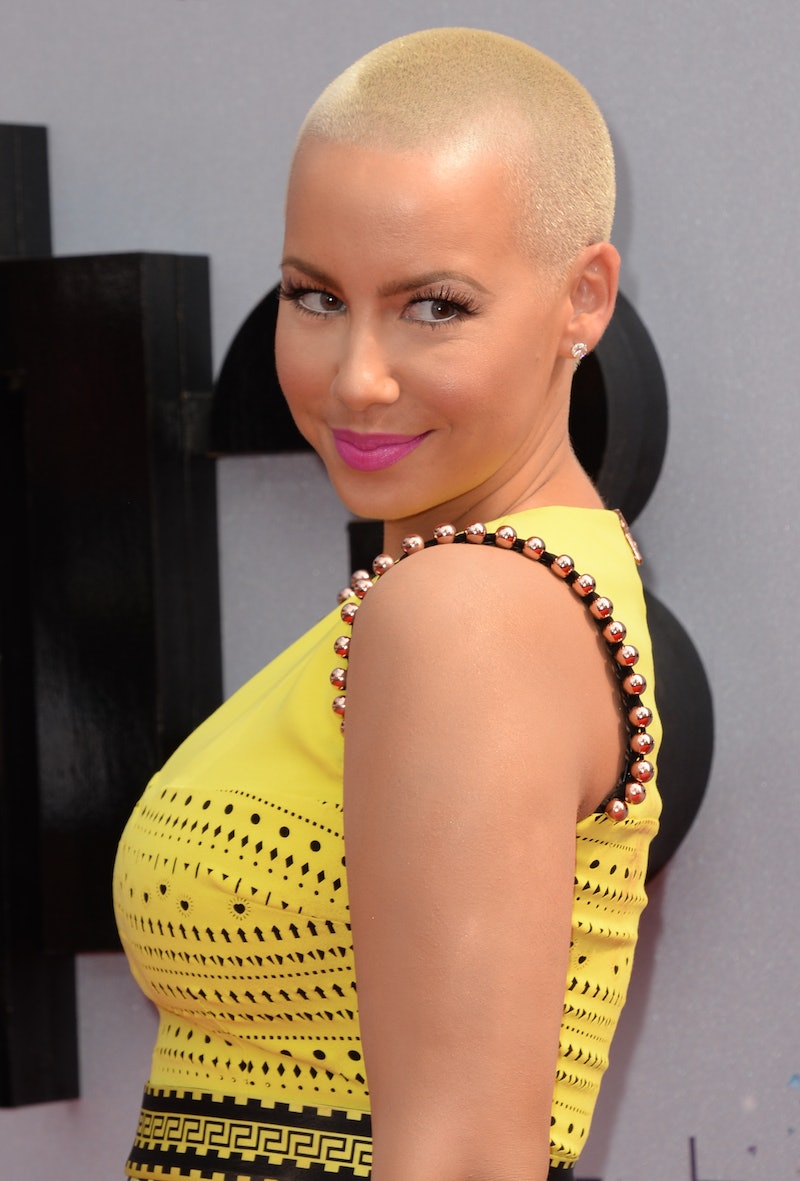 By now, everyone should be sufficiently briefed on the details of Amber Rose and Khloé Kardashian's Twitter feud that took place Monday. If you're not, #DontPanic — here's a quick recap: After Rose dissed Kylie Jenner's alleged relationship with Tyga during an interview with Power 106's The Breakfast Club, Kardashian took offense to specific comments Rose made about Jenner needing to be in bed by 7pm, and addressed them on Twitter. From there, the feud began and raged on for pretty much the entire day. Seriously, there was So. Much. Drama. Anyway, Rose has barely had time to disengage from one celebrity showdown before she has to prepare for another: TMZ reports that her estranged husband Wiz Khalifa wants more time with the couple's son, 1-year-old Sebastian, and has a legal plan to ensure that happens.Reportedly, the 27-year-old rapper accuses Rose of staying out late and not spending enough time with Baby Bash. Now, for the average person a social media spat and awful bad mother allegations might spell personal or professional ruin, but in the wonderful world of celebrities, Rose's career could totally benefit from all of this negative attention. One need only look no further than her current adversary, Kim Kardashian who went from an infamous sex tape to breaking the Internet, and being paid handsomely for being famous. And let's not forget the endless string of reality stars like Snooki and J. Woww whose entire careers (and net worths in some cases) are based off negativity that comes from fighting and engaging in some pretty nasty behavior both on and off the screen. For instance, take NeNe Leakes, whose over-the-top diva antics have landed her starring roles on hit shows, a stint in a Broadway production, and a $1 million salary. Clearly being bad pays well.

While we've seen far worse behavior from celebs on social media than Rose's back-and-forth with Kardashian, it's still comes off as a negative exchange — however, based on other cases, the attention Rose is receiving from the debacle could have a positive impact on her career.