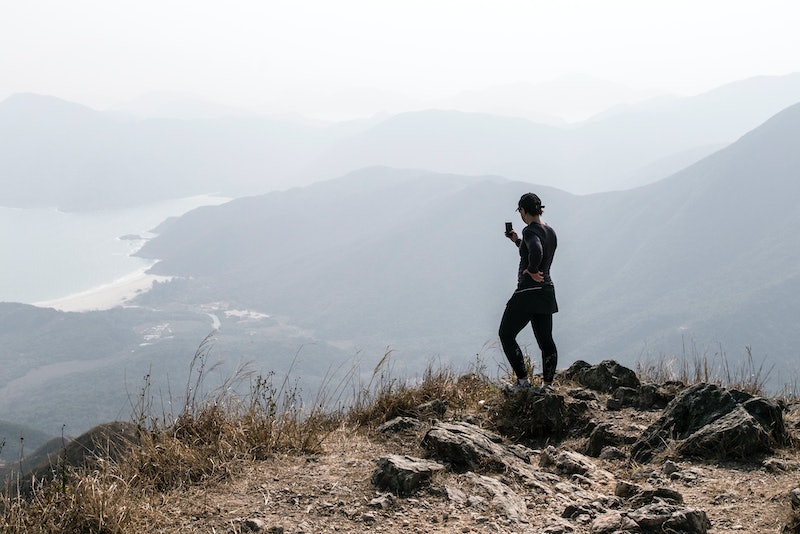 If you were to close your eyes right now and listen to the noises surrounding you, they'd probably be exactly what you'd expect: the whirring of computer fans, the muted din of conversation, cellphones ringing, perhaps a passing car with an engine that needs replacing, or a plane flying far overhead — it's the sound of life moving and changing. Unfortunately, according to a new study by the National Park Service (NPS), that same man-made noise is drowning out the sounds of nature and putting a subconscious damper on the experience for many visitors to our national parks.

Senior NPS scientist Kurt Fristrup, of the Natural Sounds and Night Skies Division, told reporters at the American Association for the Advancement of Science's annual convention on Monday that, because the noise and light pollution created by humans is growing at an exponential rate, travelers can expect that their visits will no doubt be affected, whether they realize it initially or not. "It has the same effect on your hearing that fog has on your vision," said Fristrup of the clamoring noise pollution that pervades the atmosphere within park grounds. When visitors set out for a quiet hike, for example, they might believe that they're hearing the sweet sounds of nature, when they're actually just tuning into the mash-up of human activity and diminished wildlife noise. "People just won’t realize that it could be that much quieter," he says.

Explained Karen Trevino, chief of the Natural Sounds and Night Skies Division, in a study with the National Academy of Engineering in 2013:

Many park visitors have certain expectations regarding the sounds they will hear. Natural sounds such as waves breaking on the shore, the roar of a river, and the call of the loon form a valued part of the visitor experience. Conversely, the sounds of motor vehicle traffic, an electric generator, or loud music can greatly diminish the serenity of a visit to a national memorial, the effectiveness of a park interpretive program, or the ability of a visitor to hear a bird singing its territorial song.

Intrusive noise pollution stems from a variety of sources — some worse than others. According to a study presented in 2014 at an Acoustical Society of America annual meeting by the NPS, the U.S. Department of Transportation, and the Federal Aviation Administration, park visitors who had hiked deep into the backcountry named helicopter and airplane fly-overs as the most grating noise of all, many of which were part of aerial tours and unmanned drones (both Yosemite and Zion National Park both banned the use of drones that same month).

Wildlife is also negatively affected as noise pollution levels rise, and not just because it scares them away. According to NPS data, noise pollution can cause issues for many species that use sound as their primary method of finding mates, communicating over vast distances, or raising young. Multiple bird and frog species have already begun adapting their calls to human traffic and movement, adjusting their mating call to a higher pitch in order to be heard. This causes problems, reports the NPS, as in at least a few species, the females rely on a lower tone to find healthy mates. A similar study out of the Universities of Bristol, Exeter, and Liège in 2013 showed that underwater noise pollution from passing boats prevented certain marine life from finding suitable habitats.

In order to measure just how much noise humans in the United States produce and where it was the highest concentrated, the NPS began assembling a map made by recordings from nearly 600 separate sound meters from national parks across the country. What they found was enlightening: from the 1.5 million hours of aggregated recording they retrieved and analyzed, Fristrup, along with study co-authors Daniel J. Mennitt and Lisa Nelson, found that motorized vehicles could be heard from over 6 miles away, and passing planes from over 25 miles away. With surrounding noise pollution invading the interiors of our park systems, it's reasonable to think that future generations might never really know what the call of the wild sounds like, laments Fristrup.

"This gift that we're born with — to be able to reach out and hear things that are hundreds of meters away, all these incredibly subtle sounds — it is in danger of being lost to generational amnesia," he told reporters on Monday.

Still, there are places you can go if you're seeking solace from the clamor of humanity — all you need to do is refer to the NPS' latest map. Darker blue regions are the safest bet, reports Science , indicating that places such as Yellowstone and Great Sand Dunes National Park still harbor pre-European colonization decibel levels of under 20.

Away from the chaos of man-made sounds, it's pure bliss.