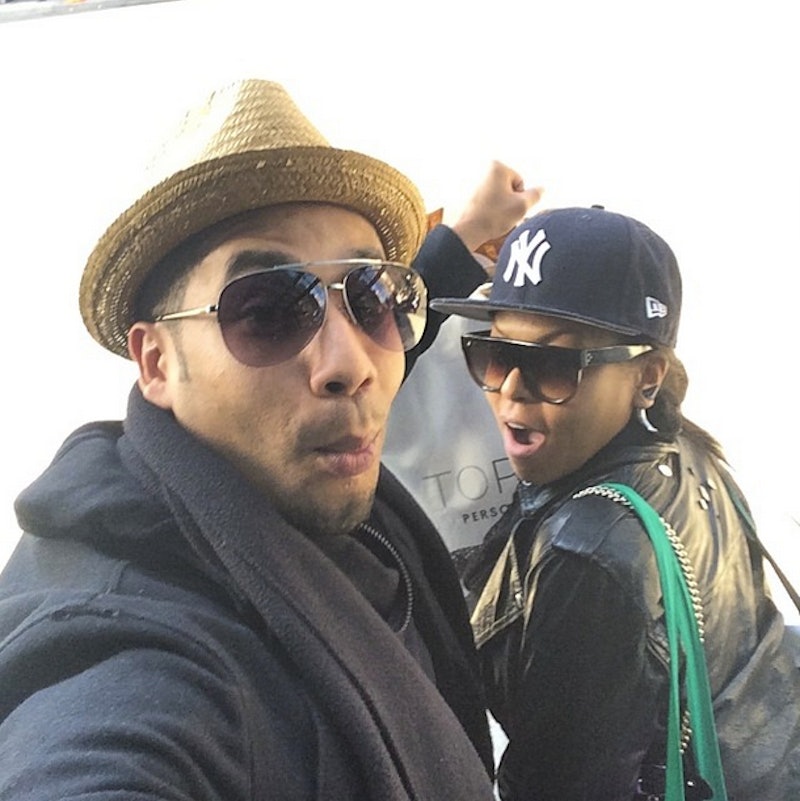 The Empire cast is as popular as the show as the show right now. However, the former child actor who plays Jamal Lyon is something of a breakout and still a bit of a mystery to fans. What can we glean about Empire's Jussie Smollett via his Instagram? Even if you've been following his own music career, we don't know that much about him. He's politically and socially active, currently single as far as we know, and an overall decent dude. If you go to his page you'll find plenty of memes, tributes to celebrities both living and deceased, and moments in history. His Instagram is a great way to find his take on almost any current event.

However, you'll also find Smollett to be a great friend and family member. He hangs out a lot with the Empire cast, which makes me love the show even more. It's great when a show about rivalries and major drama has such a loving cast. Making television should be fun, and casts that get along make it so much easier to fall for the series. I mean, as you'll see below, they had a Super Bowl party. How cute is that?

Check out some of the highlights, and see if I can't win you over to Jamal Lyon's side.

You wouldn't think that Becky and Jamal would be BFF, and yet they are.

I can't wait for Raven-Symone to do more on Empire after that baby bombshell. According to his Instagram, Smollett and Raven have been friends for a while, maybe from their Disney Channel days.

Are you jealous? I'm totally jealous.

My voice major friends might not love his posture, but it's a good look.

What are they doing? Even the Polar Vortex can't stop these Empire castmates from being goofy. Jamal doesn't dance much on Empire, but clearly that should change.

Seriously, I want to hang out with Smollett and Gabourey Sidibe all the time! I know that Becky is Lucious' most trusted employee, but what if she went over to Cookie's side so she could share more scenes with the middle Lyon?

I'm talking about the view of Los Angeles through the window, of course. What did you think I mean?

His Relationship With His Sister

They are the cutest and so supportive of one another on Instagram and IRL! He promoted her plays and goes to visit her all the time, by the looks of it.

...And His Brothers Too!

You can tell the Smollett Brothers are nothing like the Lyons.

There are a lot of pictures of Jussie Smollett and babies on his Instagram. Trust me; I had to restrict myself and choose just one.

That voice is amazing in any venue. Also, can we get more piano playing like that on Empire?

That might be the least obnoxious gym selfie that I have ever seen.

All about it. Who is this lady?

I don't even have words at this point.

Gorgeous! Smollett already has a music career. Maybe he should get into photography as well.