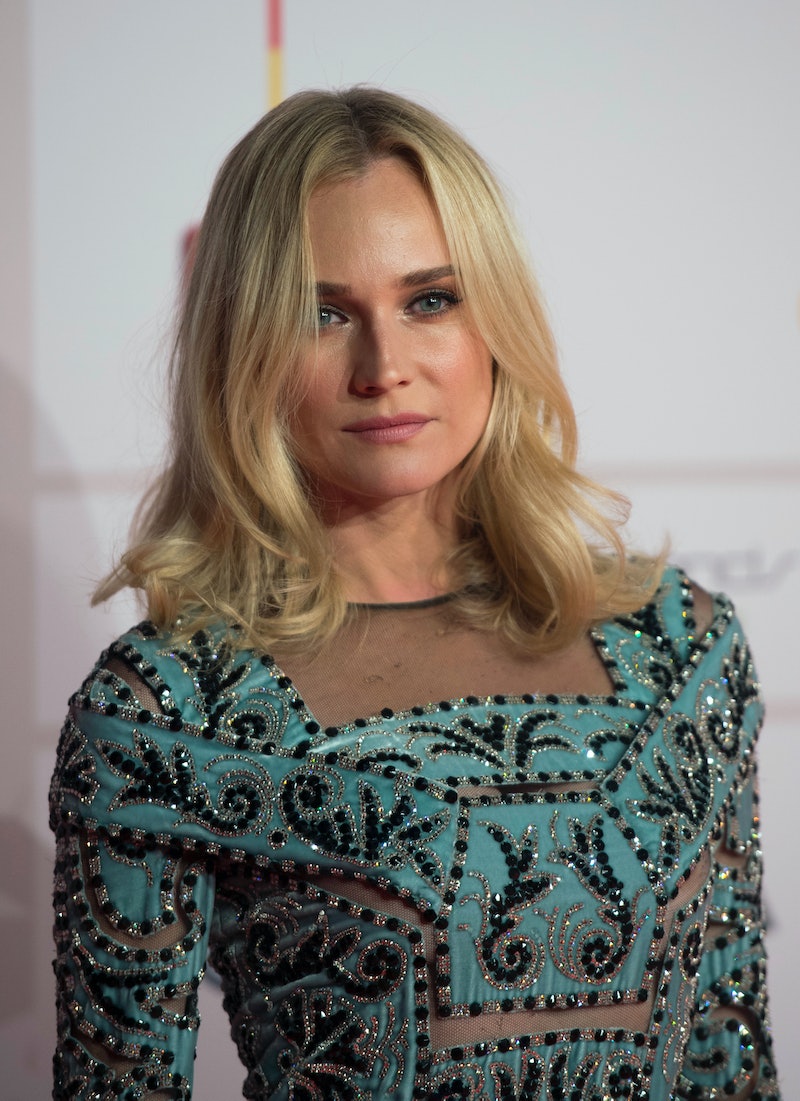 To answer her question about "why" she still looks like a teenager, well, it's likely a mix of good genes and a quality skincare regimen! Then there's the intangible known as confidence, which she has in spades!

It's one thing when, say, Demi Lovato or Kylie Jenner post makeup-free selfies, since they are under 25 and have the benefit of youthful skin. But at 38, it's somewhat daring of Kruger to post the photo. I would bet that there are dozens of Hollywood actresses or types in her peer group who wouldn't take this "chance" and show their natural, bare faces, which is a bummer, since they probably look more amazing than they think. They should follow Kruger's lead.

Plus, I bet her skin is thanking her for letting it breathe. Actresses usually have to deal with heavy duty makeup that responds to intense on-set lighting or those harsh, red carpet flashbulbs — makeup that can clog pores and lead to skin problems.

Hey pretty lady! I'm totally mesmerized by her natural state. Since Kruger has such good skin and those easy-to-get-lost-in-eyes, no wonder she was all about daring to bare. For contrast, let's look at some glamourous shots of Kruger.

She doesn't usually overdo it with makeup, instead playing up the features on display in her selfie, which are the baby blues, those brows, and that pale skin.

Here's another Diana Kruger "Wow" moment, thanks to those scarlet lips.

Glamorous Diane is stunning, but I think I prefer her all-natural look.