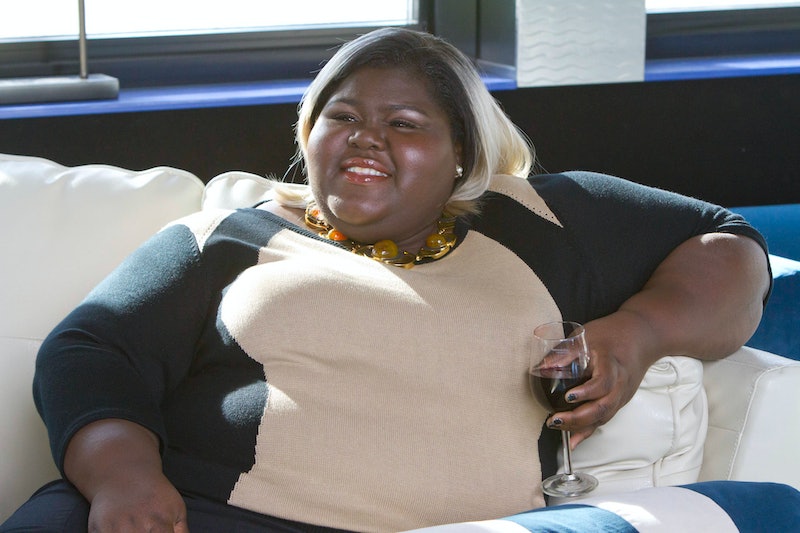 The reach of Empire just continues to grow. According to Variety, last week the show hit, “a series high in viewership for the fifth straight week since its premiere.” How is it so popular? It has killer music (produced by hip hop king Timbaland), family drama, attractive people, and the best wardrobes on television. Really, how could it go wrong? One of the best characters on Empire is Becky, Lucious Lyon’s assistant played by Gabourey Sidibe. She is most famous for her Academy Award-nominated turn in the film Precious (which was her acting debut, by the way), as well as for parts in The Big C and two iterations of Ryan Murphy’s American Horror Story (not based on the novel Push by Sapphire). But Sidibe's stint as Becky has her woefully underused. Let’s give Becky some love!

All we know about Becky so far is that she has a great fashion sense (almost as good as Cookie’s) and that she’s friendly with Lyon middle-brother Jamal and his boyfriend Michael. As Lucious’ assistant, Becky probably knows where most of the Empire Enterprise bodies are buried (besides Bunkie’s). Let’s give Sidibe something she can really sink her teeth into. I have some ideas about where Becky’s story could go, so pay attention, Empire writers!

I think it’s safe to say that many fledging musical talents get jobs in record companies so they can easily be discovered and get that big break — Becky may be one of them! Sidibe is actually a talented singer and songwriter: Think some Jill Scott mixed with Tinashe. Soulful and funky. What if one late night, Lucious walks into his office to hear Becky singing as she files away his paperwork. Being the musical genius that he is, he knows that Becky’s talent is just what he needs to get a leg up on his ex-wife, Cookie, and he signs her to the label on the spot. She becomes a media darling, and her debut album sells 500,000 copies in its first week. Hakeem is so distraught by not being first that he buys an island and moves there, never to return.

Becky Is A Federal Agent

If you’ve been watching the show, you know that Cookie and Lucious were involved in some pretty illicit businesses during their time together. Cookie took the fall for Lucious’ drug dealing so Lucious could continue to grow his star. And it’s not like things are so legal at Empire Enterprises now: everyone is conspiring against each other to bring the whole thing crashing down. The feds are certainly breathing down Cookie’s neck, but what if they were just using her to get a better look at Lucious? Wouldn’t a brilliant undercover stint be, say, the assistant of a media mogul? I'd like to see Becky actually working for the FBI, slowly gathering intel on the family’s illegal business practices. When Becky has enough evidence to put Lucious away, she brings the hammer down and takes him away to a medium-security facility in Virginia. Cookie takes control of Empire Enterprises.

New head of security Malcolm Devoe (played by the handsome Derek Luke) was just introduced, and boy, is he a cutie. Maybe Becky will notice too, and the duo will quickly strike up a friendship. After many late nights in the office, this friendship blossoms into romance, and, when Lucious finds out about it, he is none too pleased. He thinks anyone who works for him should be loving him and only him. Oh, Lucious. Anyway, because Becky has been quietly siphoning money away from Lucious for years, she and Malcolm run away together, staying under the cover of the new identities that Malcolm has prepared for them, and they live happily ever after.

Will any of these plotlines happen? Well, probably not — but it’s sure fun to dream. But seriously, let’s see some more of Becky on Empire!

More like this
Why That Kate Bush Song Is Perfectly Suited For Max In 'Stranger Things'
By Gretchen Smail
Eleven Turns To An Unlikely Source To Regain Her Powers In Stranger Things 4
By Brad Witter
Jennifer Aniston Joked About Ending 'Friends' With Therapy & Divorce
By Grace Wehniainen
Will Shoresy Get A Season 2? What To Know
By Kadin Burnett
Get Even More From Bustle — Sign Up For The Newsletter