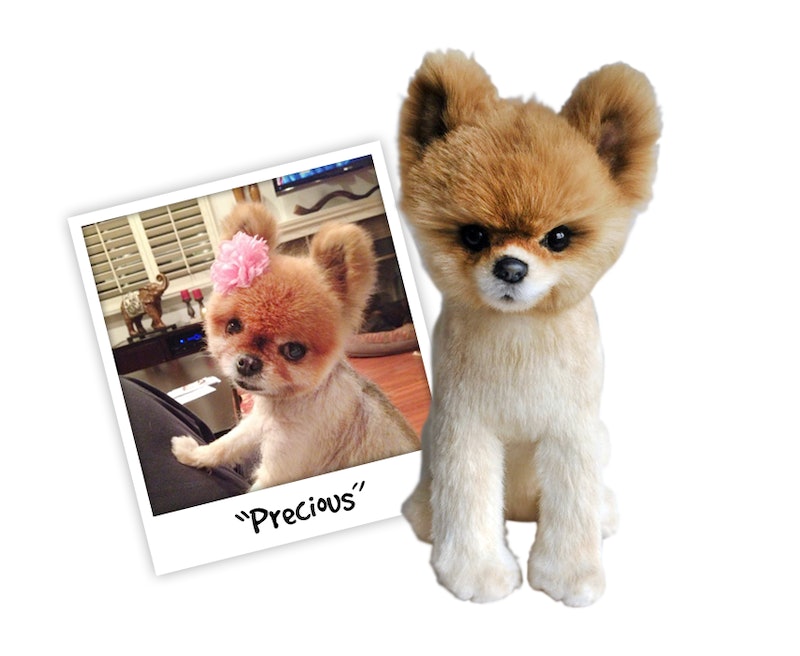 It kind of goes without saying that if you are not a twin, then you spent a significant amount of time as a kid wishing you were one. It didn't help that Mary Kate and Ashley pretty much made it their personal mission in the early millennium to rub their twin-ness in all of our twin-less faces. And while it is too late for us to procure a twin (although I am still holding out for my long lost Lifetime movie twin, and you really cannot stop me), it is entirely possible for your pet to have one, now that a company is offering to make plush clones of pets. You know all those times you cooed to your animal-friend, "You look just like a stuffed animal, you blessed angel!" (which is totally normal, by the way)? Now you can see how true that actually is.

They are called Cuddle Clones, and they appear to live up to the hype I am now giving them. This is the hype. Don't miss it. I'm hyping right now. Here's the deal: If you send them a picture of your pet and then customize its features on their website, for $199 (sure, that's a reasonable amount of money to spend on a stuffed animal version of your pet) you could have a plush-sized twin of your dog, cat, or horse. For $129, you can get one of a smaller animal like a guinea pig or rabbit. (No word yet on fish, aka, the only pet I am responsible enough to keep alive.) Right now, the Cuddle Clone creators are so swamped that orders won't be ready to ship until June 2015. That's fine, I'm sure Fido can wait a few months to meet his new friend.

More than making fun trinkets for our amusement, however, the company is mostly interested in using the Cuddle Clones to help ease the grieving process after a loss of a pet. While it is genetically possible to clone pets, this seems like an altogether safer and much less expensive way to keep their memory alive, not to mention being a lot less controversial. The founder, Jennifer Graham, says that the company was inspired after she lost her Great Dane, Rufus, and made a plush version of him. A lot of people have already received their Cuddle Clones since the company started in 2011, and from the look of it, these guys have an uncanny knack for capturing an animal's spirit: