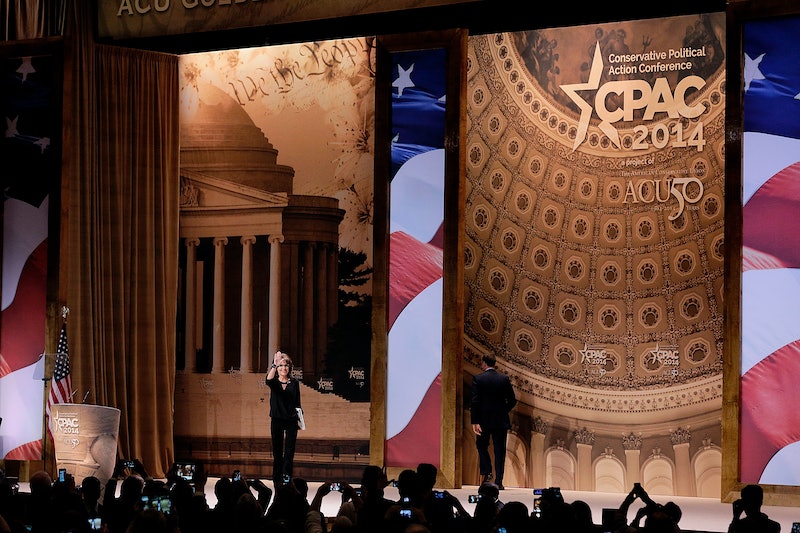 Every year, conservatives flock to a convention center outside of Washington D.C., to attend the annual Conservative Political Action Conference (CPAC). The event typically hosts speeches of ranking Republicans both in an out of politics, but this year organizers are hosting a casual type of debate among 2016 GOP candidates at CPAC — though probably disguised under another name, to avoid a rift with the Republican National Convention.

During an appearance on CNN's Inside Politics, Politico's Mike Allen said:

They're going to try to have as many of the candidates on stage as they can, maybe with an anchor asking them questions, then maybe have their board members asking the questions, have people from the audience asking them questions. And that's part of the Conservative Political Action Conference trying to say to Republicans, 'We're going to play a role in vetting these people. Here's what they look like without a teleprompter.'

One catch: The Republican National Convention (RNC) may not like this new format. The role of the RNC is to appoint a debate committee to decide the location, date, and broadcaster of each sanctioned event (there will be nine debates for the 2016 primary; get ready for the first in August). CPAC is host to many panels and breakout sessions, but it has not traditionally hosted a forum of just candidates.

Honestly, it sounds a lot like a less formal debate to me.

The RNC committee also ruled that no candidates can participate in official debates if they partake in a debate hosted by a second party. So, by avoiding calling the panel a debate, CPAC event organizers are sparing potential participants the risk of being blacklisted by the RNC.

The candidates aren't complaining about the new rules. In an interview with Politico, Chairman of the RNC Reince Priebus said: “Privately, I’ve spoken to more than a few of the potential candidates and overwhelmingly they support this. Not even overwhelmingly — unanimously.”

So, why no uproar? Well, the 2012 debates were kind of a mess, and there were 20 in total. That's way too many. And GOP leaders want to carefully vet moderators overseeing the events to prevent another Candy Crowley debate incident, in which she interrupted Mitt Romney — a big no-no in a debate.

Any forum that will be held at CPAC at the end of February may appear to be a more conversational type of debate. But a lot of the core elements of a primary debate will be missing. There is no exclusive media broadcaster and the event will also not be airing during prime time, limiting the number of non-CPAC attendees watching the event.

So, even if it's not a debate in the traditional sense, it's an indication that what the RNC wanted to do with new debate rules — strengthen the party — may not be the case. It's not the only organization that wants to influence the race, and that may not be the worst thing.