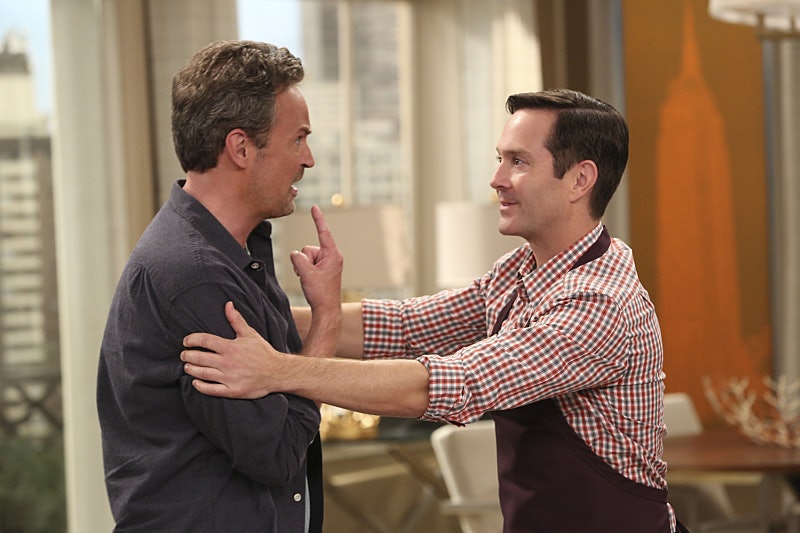 A new Matthew Perry pilot is cause for celebration, especially after bingeing on Friends, but it's also cause for some slight concern, because most of his post-Chandler roles haven't lasted very long. So, how many episodes of The Odd Couple will there be? Well, even though it's premiering midseason, they're going to make as many episodes as they can justify. So far, unofficial episode tallies like IMDB and Rotten Tomatoes have between four and seven episode titles, but that could just be what shows have been completed or a totally inaccurate figure — those sites don't have to be confirmed by the networks. More official sources like Deadline simply say the show was picked up to series, with no specific episode commitment.

CBS isn't Fox or NBC — those networks are desperate for live-action comedies. But CBS, while they're losing Two and a Half Men on the same night as The Odd Couple premiere, they still have the biggest comedy on TV, The Big Bang Theory. Actually, the craziest thing is that the post-Big Bang slot is terrible for new shows. No comedy launched after TBBT has made it to a second season yet. So that's not in The Odd Couple's favor. Also not in its favor are the many bad reviews and the general groanworthiness of bringing back a 50-year-old premise that's been done and redone so many times, it doesn't really qualify as the premise for an actual TV series anymore.

You know, if this show bites the dust, it will make a strong three out of four major networks where a Matthew Perry sitcom has failed. Mr. Sunshine on ABC, Go On on NBC a few seasons ago, and now CBS with The Odd Couple. Ouch. Also, Perry should develop an animated show with Fox and go for all four. What's the worst thing that could happen — he ends up with a hit show? He certainly deserves one.

So basically, CBS will try to hang on to this show for as long as they can because of the Matthew Perry factor. But pretty much everything else is currently working against it, from the time slot to the premise to, well, Matthew Perry's track record. So even though it hasn't even premiered yet, you may want to not get overly attached to The Odd Couple.