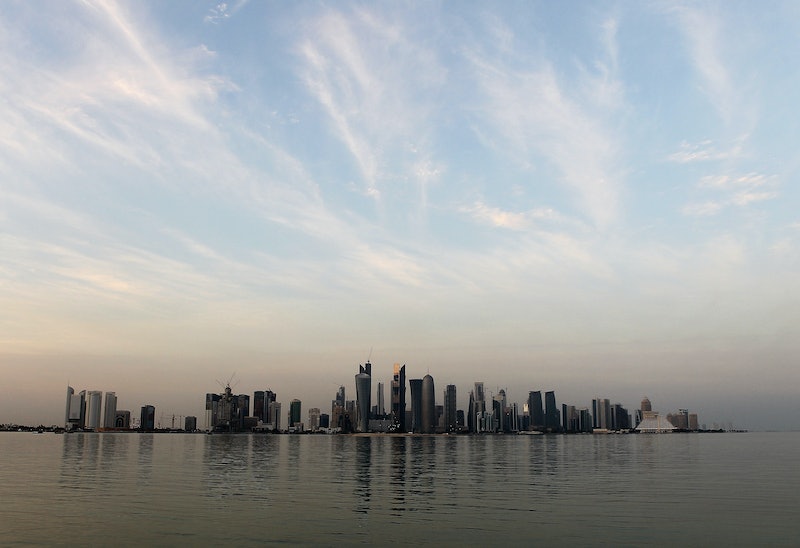 It's official: the 2022 World Cup in Qatar will be moved to the winter. The World Cup is traditionally a summer celebration, pitting 32 soccer teams against each other as they vie to be the best team on the planet. Many of those soccer teams have schedules that will be negatively affected by the move from summer to winter, though FIFA has so far downplayed that impact.

Choosing a location like Qatar's capital city of Doha has never been a feasible option, given the fact that summer weather is sweltering at best, averaging at around 105 degrees Fahrenheit. FIFA officials have been angling to move the World Cup's calendar dates for over a year, oddly refusing to consider moving the entire event out of Qatar. They'll finalize that decision next month and soccer's biggest event will move to November and December 2022.

The issue of inhumane conditions for players, fans, and workers alike is nothing new. Since somehow nabbing the 2022 FIFA World Cup, Qatar has faced easily foreseen issues that it's done little to address — from allegedly hiring North Korean slaves to hosting an event in the type of oppressive heat that has killed at least one migrant worker every two days since ground broke in Doha.

Qatar's government and its population as a whole is primarily Wahhabi, an orthodox form of Sunnism that prevents imbibing and certainly doesn't look kindly upon the LGBTQ community. Both alcohol and inclusion are necessary components in a more progressive World Cup and were issues most recently addressed in the 2014 World Cup held in Brazil.

FIFA officials investigated alleged homophobic slurs chanted by Mexico fans last year, marking a big step in the fight against anti-LGBTQ sentiments. Brazil — a far more liberal society than Qatar — was able to lift its beer ban just in time for the event, ensuring that fans got their fix. The group spearheading that move to get the booze flowing? World Cup organizers. Such efforts would face near-universal opposition in Qatar, a nation considered only slightly less strict than Saudi Arabia.

By moving the World Cup to a different season, FIFA is only solving the singular problem of athletes overheating. Workers continue to be systematically oppressed, fans from the Western world will surely feel unwelcome, and all the while FIFA will bask in complacency as they've continued to do since they picked Qatar back in 2010. This follows the World Cup committee's controversial decision to hold its 2018 World Cup in Russia, a country rife with political issues and anti-LGBTQ sentiments. But at least beer ads and the consumption of alcohol won't be frowned upon, right?