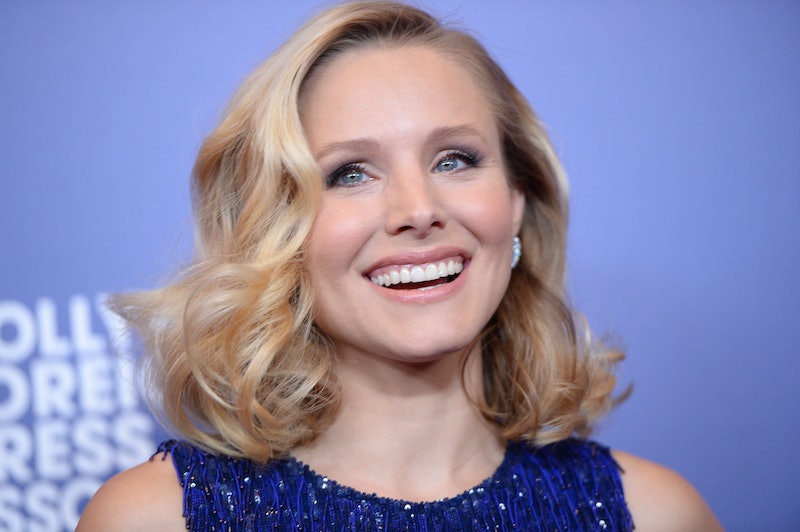 Praise the goddesses above in charge of throwing these awesome women into the same space together. According to Variety, Kristen Bell's joining the cast of Melissa McCarthy's upcoming movie Michelle Darnell. I know, I know — it's difficult not to immediately hyperventilate in excitement at that news. Take a moment to revel in the beauty of this moment with me.

Michelle Darnell , which is being directed by Ben Falcone (McCarthy's real-life husband/covert Bridesmaids air marshal) and was written by McCarthy, Falcone, and Steve Mallory, is centered around a character created by McCarthy herself: That character, a sort of Martha Stewart type, is described as a "titan of industry" who goes to jail for insider trading (sound familiar?) and attempts to "rebrand herself as America’s latest sweetheart" upon release. Bell will reportedly plays "a single mother and Darnell’s former assistant."

Much of Bell's career has involved comedy in some capacity: After all, Veronica Mars wouldn't have worked if Veronica wasn't sharp, observational, and witty, and House Of Lies wouldn't work without humor — even her goody-two-shoes turned BDSM-obsessed Mary Lane in Reefer Madness showed a different side to her humor. Additionally, she's starred in multiple romantic comedies already (When In Rome, You Again), she's made appearances in Party Down and Burning Love, andshe went toe-to-toe against Leslie Knope in Parks and Rec . Playing against the current reigning queen of blockbuster comedy (that'd be McCarthy) seems like the logical next step.