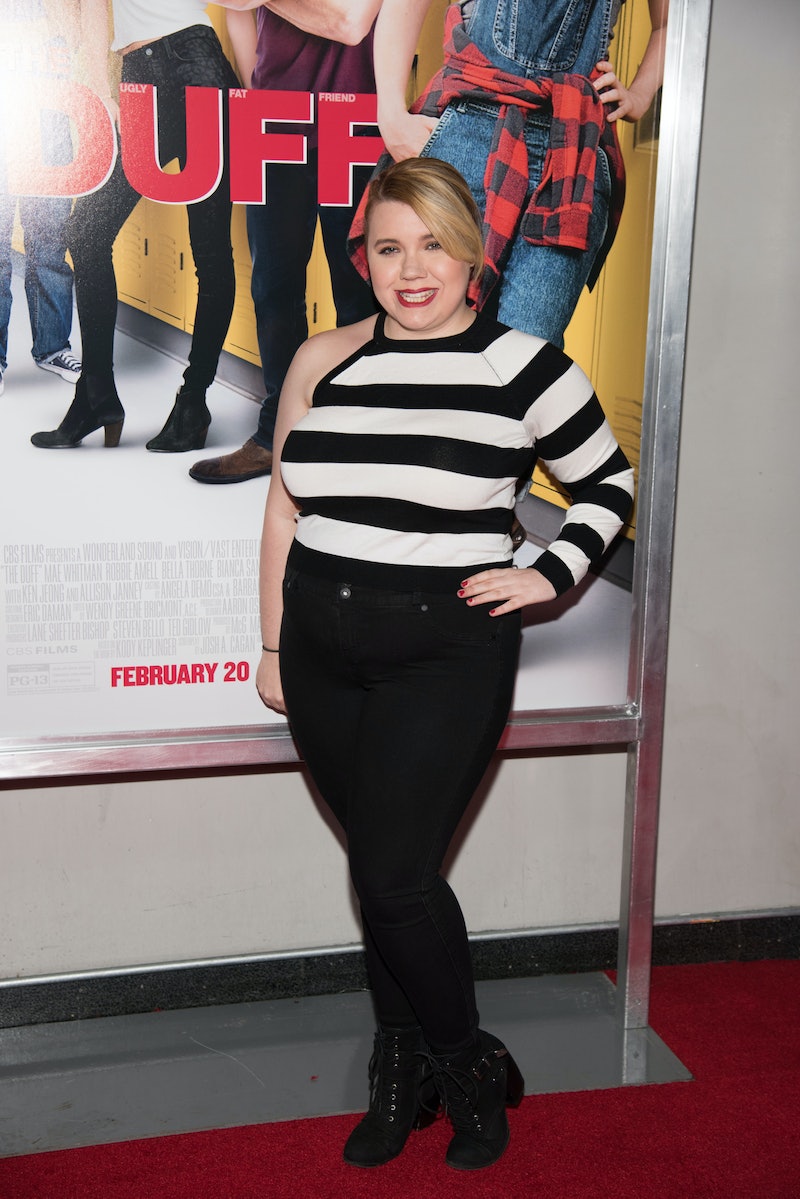 "I don't know what I would do if it wasn't writing," says Kody Keplinger, the author who wrote the best-selling novel, The DUFF , at 17-years-old. "But I'd probably be Leslie Knope." Though she's only been out of high school a handful of years, Keplinger has already written four novels, with another on coming out in April. To say she simply has a knack for this sort of thing is a huge discredit to her abilities — the girl is crazy talented. So what's her secret? "I'm a little overly passionate, a little overly ambitious," she says. "But I have two major pieces of advice I tell all writers who email me."

And secondly, she says: "Only focus on the things that you can control. Because I published young, I get a lot of young writers who will email me saying, 'I want to be like you! I want to publish before I graduate!' But the thing that is important to remember is that you can't control publishing. You can write the best book in the world, but it doesn't necessarily mean it's going to get published right now," she reiterates. "Publishing is also slow. So don't put deadlines on that. Put deadlines on how fast you finish a draft — that's something you can control. Don't put so much pressure on yourself."

Keplinger's first novel, The DUFF, is now a big screen adaptation, in theatres now. Her next book, Lying Out Loud, will hit shelves in April.