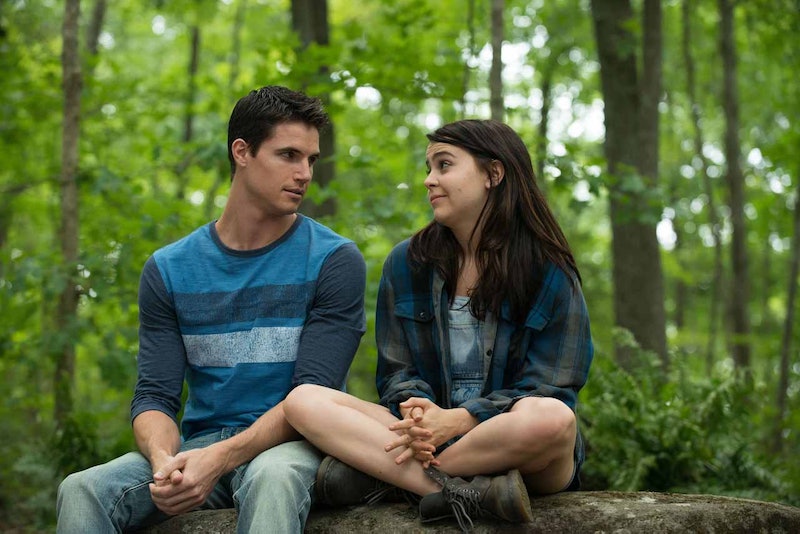 Designated Ugly Fat Friend — D.U.F.F. — is a term then 17-year-old high school student Kody Keplinger heard thrown around the school lunchroom. "I walked into the cafeteria one morning, and there was a girl at my lunch table, and she was talking about how she hated it when guys referred to her friends as The DUFF, Keplinger says. "I didn't know what it meant, she told me, and I thought: 'Oh God, that's hilariousl.' Then I thought, 'Oh crap, that's really mean.'" What began as cafeteria chatter soon transformed into a best-selling novel, and a film adaptation of The Duff that hits theatres Friday.

But Kody's conversation with a classmate didn't stop there. The new label, she decided, applied to her. "I thought, 'Wait, that's me! I'm The DUFF!' I told my friends and they were like, 'No, no, I am!' Everyone in the group thought they were The DUFF," she says. "It was a joke, I told my friends I was going to write a story called The DUFF, but I had no intention of actually writing it."

And unlike many teenagers who have lofty dreams, Keplinger's came true. "One day I was in the shower, because all good ideas happen in the shower, and it just hit me. I literally jumped out of the shower, ran to my laptop and wrote the first pages. I wrote the first draft in a month and a half," she says. "I'm from a really small town in Kentucky. We're a little behind the times. We didn't have internet at home, we didn't have cable. So when Grey's Anatomy and Gossip Girl weren't on, I didn't have much to do. But I did have a laptop. Writing was how I entertained myself every day."

The film, which stars Parenthood's Mae Whitman in the titular role, surrounds a teenager who finds out she's the DUFF in her friend group, helping her prettier, more popular friends look good, and wants to transform her image. She seeks the guidance of her next door neighbor and the school's resident meat head to turn her into Cinderella. But, as Kepliner says: "Unlike every other story like it, the main character isn't going to take off her glasses and be a supermodel. I wanted her to stay herself throughout. I also didn't want her to be this sweet angel. I wanted her to be snarky, real, and messy."

See The DUFF in theatres Friday, February 20. Watch the trailer below: