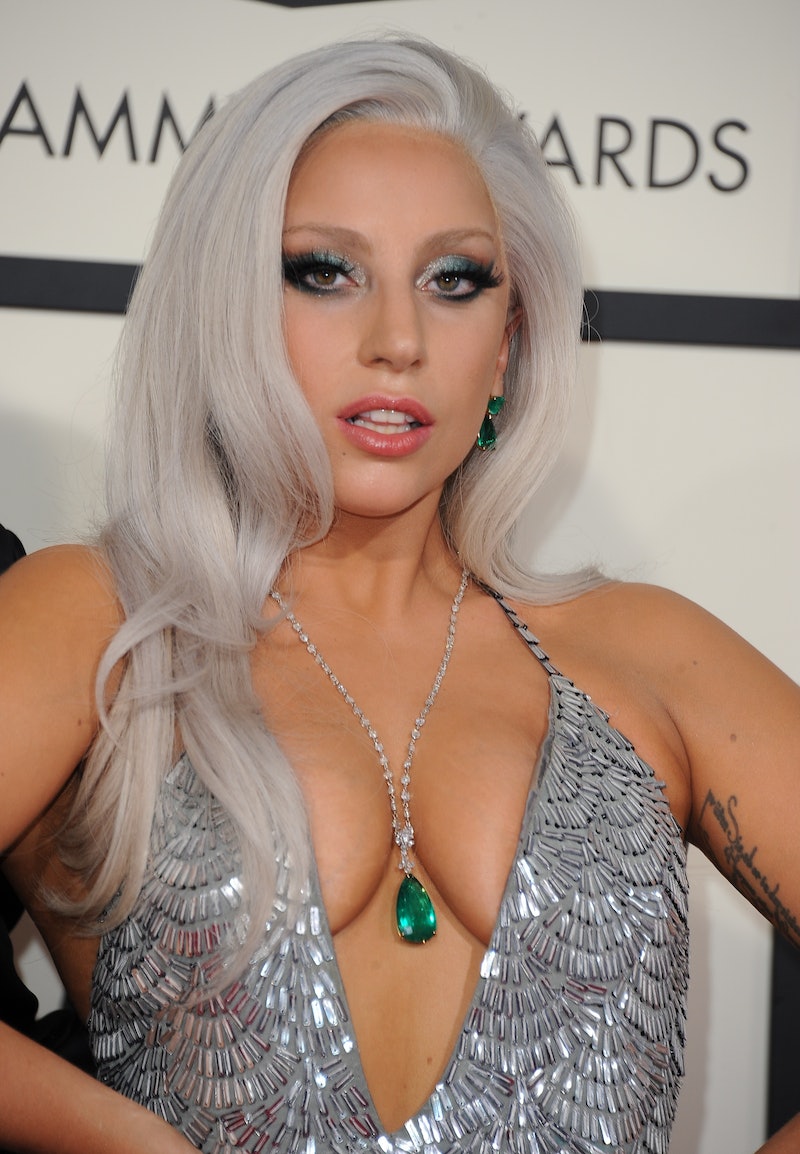 This Valentine’s Day, Lady Gaga got engaged to Chicago Fire actor Taylor Kinney, after he proposed with a heart-shaped diamond ring and officially took himself off the market, breaking girls’ hearts around the world. Kinney, who has been dating Gaga since 2011 after starring in her “You and I” music video, worked with famous jeweler Lorraine Schwartz (who also designed engagement rings for Kim Kardashian and Blake Lively) to not just create a gorgeous and unique piece, but to give Gaga a heart-shaped engagement ring with the couple’s initials spelled out with white diamonds. Altogether now — awwwww.

According to Gaga’s Instagram, Kinney has always called her by her birth name Stefani, so it was extra special to her that he integrated “T<3 S” on the ring. The blushing bride-to-be was quick to share a close-up photo of her sparkler to showcase the initials, making women everywhere jealous.

The pop star originally announced her engagement news on February 16 via Instagram, stating that Kinney “gave her his heart on Valentine’s Day and she said YES!” Let’s face it, it’s all a little cheesy, but also pretty cute. Following the proposal, the future newlyweds visited Gaga’s parents at their Upper West Side restaurant Joanne Trattoria, where I’m guessing Gaga shamelessly showed off her new rock. Hey, if you got it, flaunt it, right?