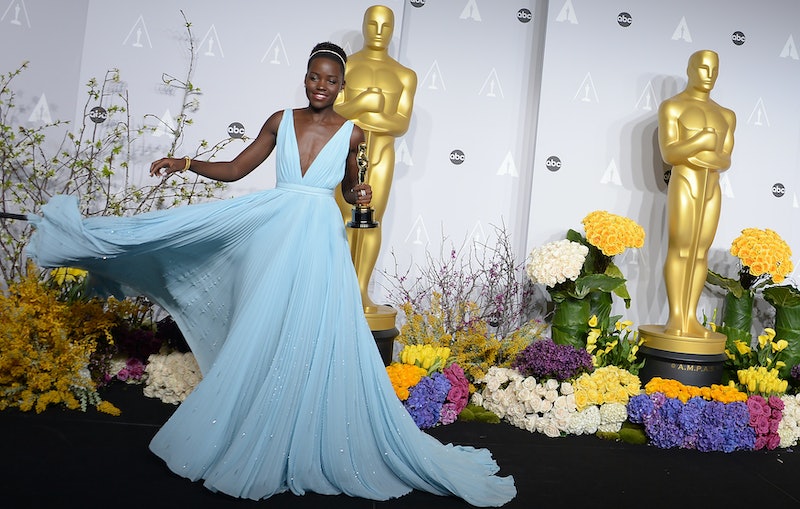 Save for the actual awards ceremony itself, is there anything better than the Oscars red carpet? OK, fine, maybe the annual Met Gala can give it a serious run for its money (did you see Emmy Rossum's ultra-colorful Carolina Herrera? Or Karlie Kloss' badass Oscar de la Renta?) — but still: It's pretty hard to beat the Academy Awards in terms of A-List glamor to the 10,000th power. It's definitely not an event to be missed — come hell or high water, it's something you're going to want to tune in to. So what's our best bet? There's always your good ol' TV, of course, but if you happen to be sans a set and/or cable? Luckily, streaming the 2015 Oscars red carpet is easy.

You've got your pick of the litter when it comes to options: There are several platforms that will be livestreaming the red carpet this Sunday. You'll be able to catch it on E! Online (E!'s doing their annual Live! From the Red Carpet special), ABC's website (and even their app), and/or uStream (which has an outlet dedicated to the Oscars red carpet) Even if you don't have an Internet connection that will support streaming, there's always a little thing called social media... Basically, when it comes down to it, this is one red carpet you don't want to miss, and here are 6 reasons why.

Sure, you can click through the galleries after the fact, but there's nothing quite like the magic of looking at all that couture in action.

Come on, live-tweeting is where it's at. #redcarpetdramarama

4. You Can Compare Notes With Your Friends

AKA moments like this time Elisabeth Moss tried to flip off the mani cam and made Giuliana Rancic super uncomfortable.

Remember when Jennifer Lawrence video-bombed Taylor Swift during an interview with Ryan Seacrest?

Come on, Lupita alone is reason enough to livestream the red carpet — aren't you just dying to know what she's planning to wear for the big day?