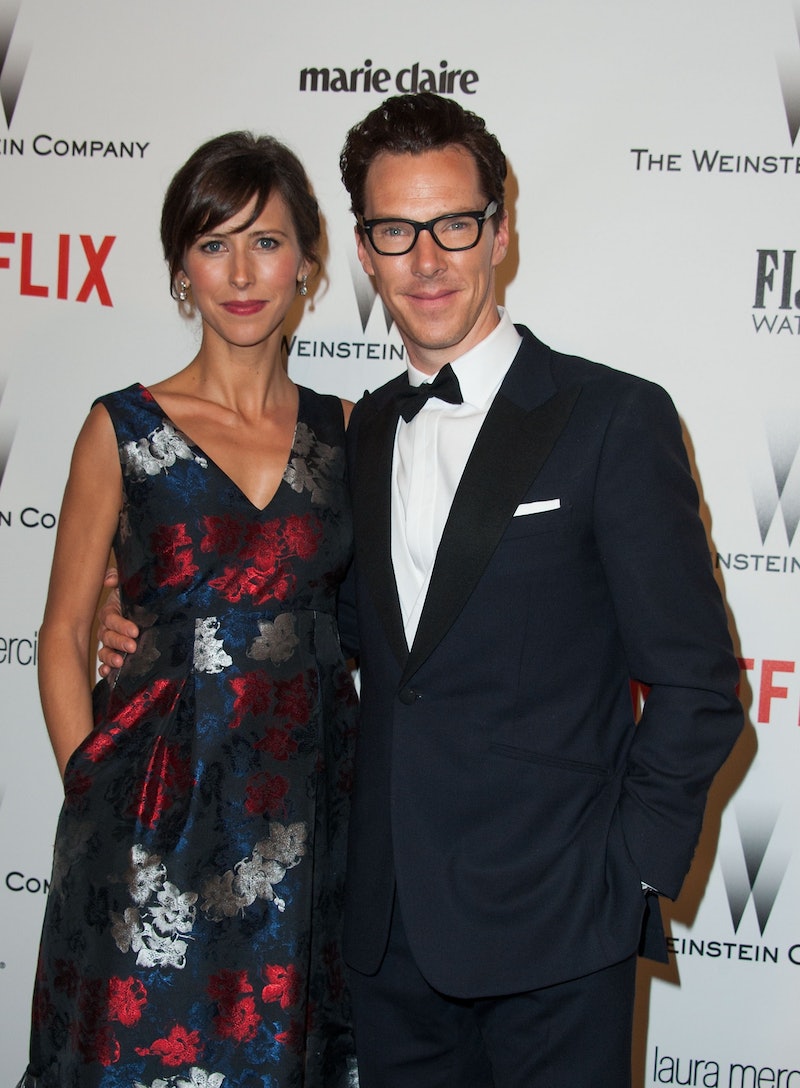 Perhaps the most important part of Benedict Cumberbatch's wedding was finding out who his best man was. Sorry Sophie Hunter, and congrats on your big day, but we gotta know. Fortunately, the question seems to finally have been answered. According to insider reports (as trustworthy as those always are) Benedict Cumberbatch't best man was Robert Rinder. Raise your hand if you just asked, "Who?" Don't worry, I did the same.

Originally there were conflicting reports that said Sherlock co-star Martin Freeman was the best man, and others that said Tom Hiddleston was. While none of those rumors (including the Robert Rinder one) has been confirmed by Cumberbatch himself, the most recent report is looking the most accurate. A source told The Sun, "There was speculation that he chose another actor, but he wanted genuine old friends in the role." And Robert Rinder is an old college buddy of Cumberbatch's.

It's worth noting that Cumberbatch supposedly had three best men at his Valentine's Day wedding, but The Sun reports that Rinder was the "most famous" of the three. So it seems our Freeman/Hiddleston dreams have been dashed. But it was Cumberbatch's day, so I don't blame him for wanting to pick an old friend to stand by his side. Although who exactly is Robert Rinder anyway? I'd never heard of him before this, so I did a little sleuthing.

Rinder is better known for his work on Judge Rinder, a daytime court show akin to Judge Judy. He's held the job since August 2014, and seems to be loving it so far. He can often be seen throwing out quips like, "If you'd been at the Last Supper, you'd have asked for ketchup."

But He's Actually a Barrister in Real Life

Judge Rinder isn't a real judge. His actual title is barrister, which is just a fancy British word for lawyers in the High Court.

He's a Pretty Big Deal in the Law World

He's still a practicing lawyer, with real clients. The Daily Mail reports that "his CV groans with weighty trials including the manslaughter of detainees in Iraq by British servicemen." So it's kind of unusual for him to be on an afternoon court show. Judge Judy started after she retired from family court, but Rinder is still very much a practicing lawyer for real, big cases.

He Got His Start in Theater

It's fitting that Rinder is back in entertainment because long before he started his career as a lawyer, he was involved in acting. In fact, The Daily Mail reports that as a child he starred in a production of Julius Caesar alongside a young Chiwetel Ejiofor for the National Youth Theater.

He Went to College with Cumberbatch

The pair studied at Manchester University together and have been friends ever since.