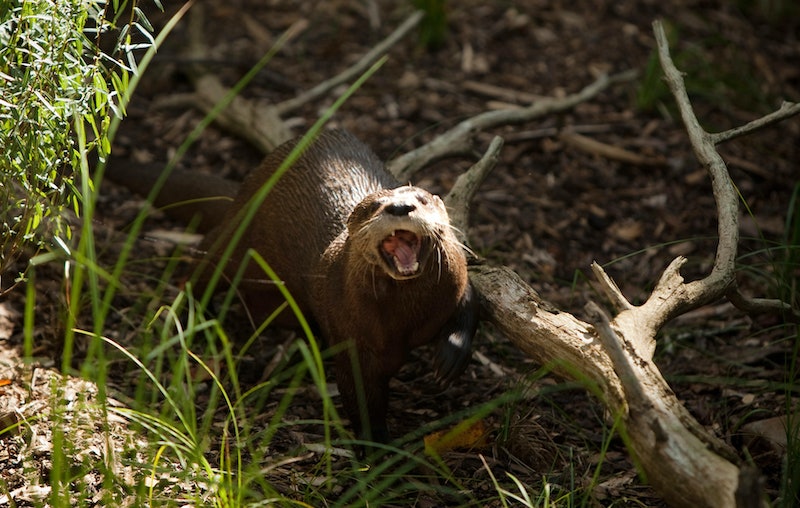 Animals: They're just like us! If you can ignore that most of them lack opposable thumbs and that they are way more precious than any of us have been since our toddler days, that is. Yesterday we shared a video of a hummingbird that could out-snore the best of us, including that one boyfriend who you don't want to admit you broke up with because of his insane snoring but, let's be honest, that's what happened. Turns out, that's not all we have in common with our animal friends, as proven by this video of an otter getting a massive brain freeze after eating ice.

If you also nursed a small otter obsession in elementary school (I saw an otter literally once, and it was all I talked about for a year), then you'll know that a whole lot of their basic biology is geared toward surviving the cold. Their layer of fur is massive and they have up to a million hairs per square inch. To put that in layman's terms, it's like their entire bodies are covered in Zach Galifianakis's beard. You would guess that a small critter that was used to tolerating massive amounts of cold would also have the dental capacity to eat a few ice cubes without flinching, but alas, you would be wrong. And you would also miss out on seeing this ridiculous face:

That's the kind of face usually reserved for running into your old high school teacher at opening night of Fifty Shades Of Grey. (Nobody's talking about it, but I feel like, statistically, it HAS to have happened.) Anyway, let this video serve as a warning to us all: if you're considering about eating ice cubes, you otter think twice. (I'm sorry. I'm not taking it back, but I am sorry.)