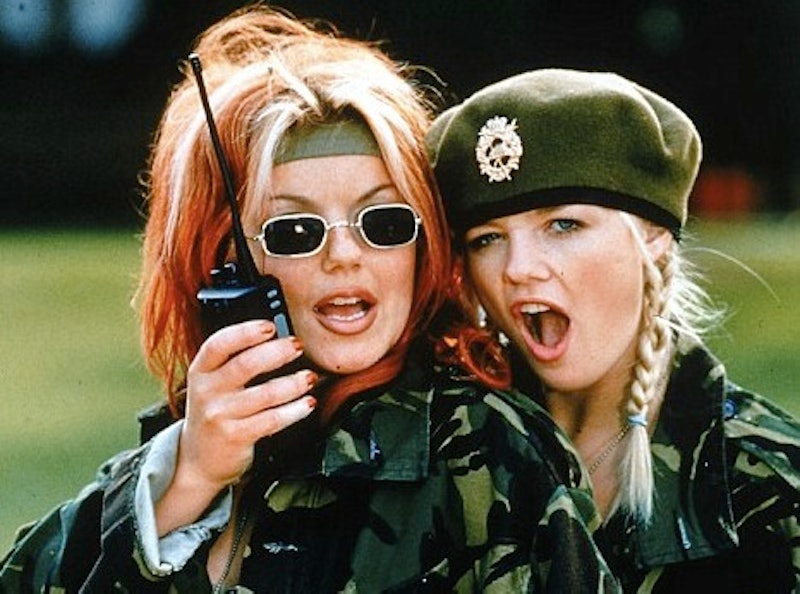 It's decided: It officially does not matter how many people you've slept with. We no longer live in the dark ages where women are judged for the sexual habits. (Well, I guess we really still do, but what I'm saying is, poo to that; do what you like.) Moreover, we have the right to personal privacy which means we're under no obligation to share our sexual habits with Judgier Von Holier Than Thou inquisitors. It doesn't matter if the person asking is someone you're dating. You can divulge your number if you want, or you can not, but for what it's worth, let me put this little nugget of wisdom in your head: If someone cares enough about your number to even ask about it, chances are, they are already operating under the assumption that it matters. And it does not. So honestly, the only people who would be non-judgmental and perspective-having enough to be trustworthy with such information are the type of people who would never ask for it in the first place. Anyway, in the spirit of your number of sexual partners not mattering, it's time to talk about some things that do matter.

Now, keep in mind, this isn't a definitive list of numbers that matter. Different numbers matter to different people. For instance, 21 is special to me because it's my birthday, but it's unlikely/definitely impossible that it's everyone else's birthday, so therefore 21 isn't significant for everyone. Another number that's important to me is zero, because that's how many times I've been on a roller coaster. I hate roller coasters, the whole concept. But some people like them, so maybe their special number is 152 because that's how many times they've been on a roller coaster. Anyway, you know what I'm trying to say. Here are seven numbers that, no matter who you are (♪ where you're from, what you did... ♪) matter more than your sex number:

1. How many people you've had unprotected sex with

So it really shouldn't matter to anyone how many people you've had sex with, but it's probably pretty important for whoever your planning on sleeping with next to know how carefree you are when it comes to using protection. If you've had unprotected sex with one person before, that's not exactly safe, but if you've had unprotected sex with 300 people then that might be reason for pause before someone jumps into bed with you. Also, you probably want to go to the doctor and get checked out for your own benefit! Also, your mom called and begged me to tell you to stop doing that.

2. How many of those have STDs

What's more important than shopping? (Yes, yes, lots of things, but let's have a little fun with this.) Being able to splurge on nice things from time to time is much more important than how many people you've slept with at least. Stop counting the notches on your bedpost and start counting the threads on your bedsheets because mama's going shopping!

Because we have to be SERIOUS ADULTS and not just go about charging everything, another very important number is the one attached to your savings account. May it be forever large.

5. Five, because of the power of spice

Also, incidentally, this number is the name of one of the best boy bands ever (5ive), the record-setting number of number one songs Katy Perry's had off one album, and the end of the title "Party Of". So five is a pretty important number. If you start to get hung up on how many people someone you're dating has boned, just remember that five is an infinitely more important number, so have some perspective on life.

6. How many people you've killed in cold blood

Look, if it's more than zero, that's important. People need to know stuff like that about you. Like, "you need to be in jail" important. And if the number of people someone you're dating has killed is zero, then maybe just focus on how great that is instead of grilling them for deets on their sexual history.

7. Seven, because that's how many The Fast And The Furious movies there are

There is literally nothing more important than The Fast And The Furious franchise, especially your stupid sex life. Sorry I'm not sorry.