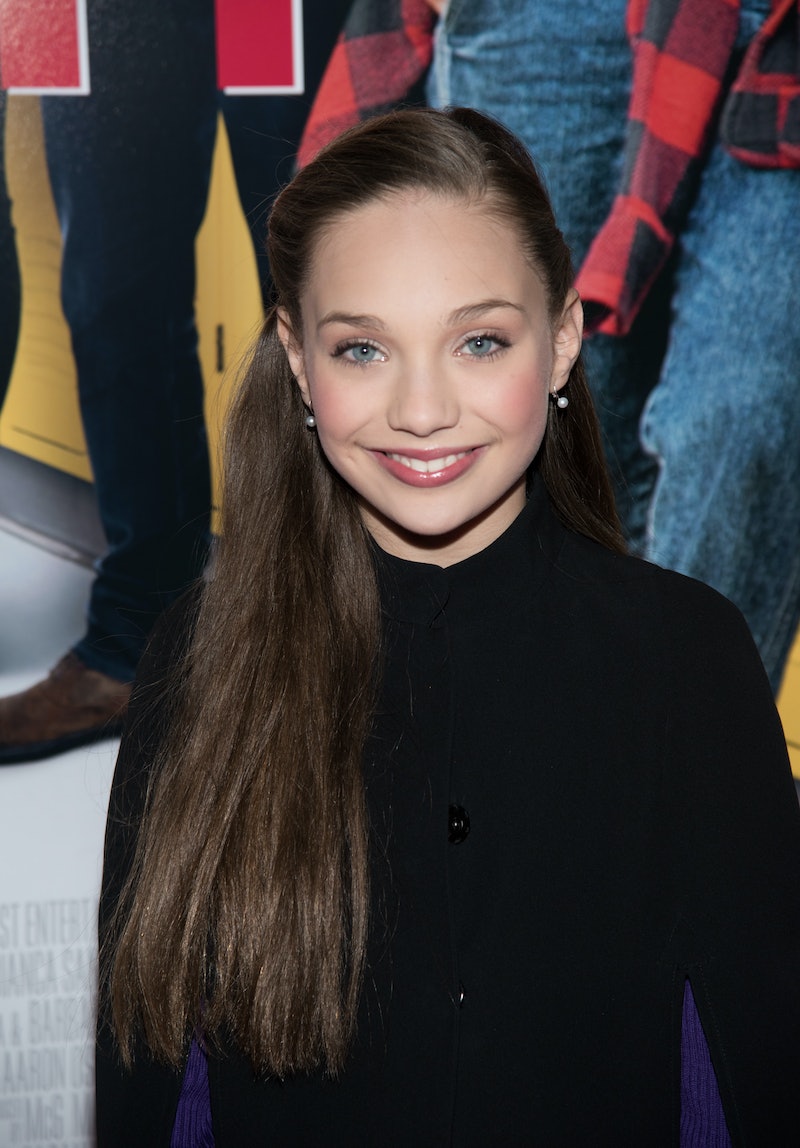 Now that Maddie Ziegler is Sia's music video princess and she's danced with Kristen Wiig and Shia LaBeouf, she's setting her sights even higher. Even though the Dance Moms star says she would be happy to work with absolutely anyone who asks, her No. 1 dream dance partner is her biggest celebrity crush. At The DUFF premiere in NYC on Wednesday, she dished about her longtime love for Zac Efron. "I'm obsessed with Zac Efron and I've loved him since High School Musical. I literally have met so many people, but I haven't met him, and I was so close to meeting him but I didn't," Ziegler reveals. "But that's definitely number one on my list." When I ask what Sia song would be perfect for them, she answers with a giggle. "Oh my god, I don't know! If she has a love song, that one!"

She is Sia's go-to gal, but there's another pop songstress whom Ziegler adores: Taylor Swift. When I asked which Swift song describes her life best, she picked the haters gonna hate mantra of "Shake It Off," complete with a fun hand gesture. "Sometimes on Instagram and Twitter there's a lot of hate going around and you just have to shake it off," she says with a wave of her hand. "Usually people are really positive, but for the haters, just tell 'em to shake it off." Check out her explaining her big crush and relating to Swift below.