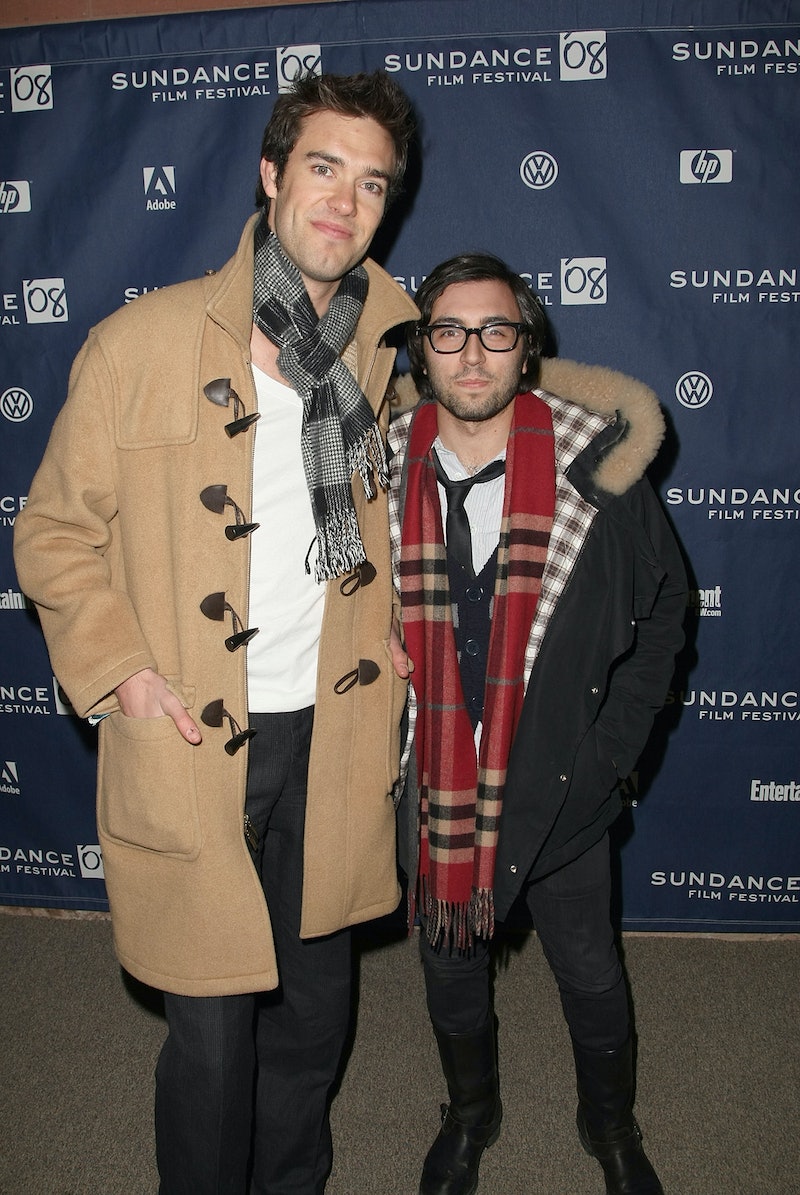 Anyone a fan of the movie Birdman? If so, that means you're probably loving Oscar nominee Michael Keaton. As much as I could sit here and write about Keaton, I'll get to the one person people now want to discuss when hearing Keaton's name: his son Sean Douglas (left in the above photo). Ever since Keaton made that heartwarming speech about Douglas being his best friend at the 2015 Golden Globes, his son has been making headlines — and, yes, a lot has to do with his looks. Also, some want to know if Douglas is single. Well, sorry to be the bearer of bad news, but Douglas is married to Rachel Bartov.

Sorry, ladies, I know you were holding out to be Keaton's daughter-in-law, but that coveted spot is filled. Douglas and Bartov married in 2014, and let me tell you, she is one lucky lady. Not only can you check out their wedding below, but you can also listen to the song Douglas wrote and sang for her. Oh yeah, don't forget, Douglas is a very successful songwriter who has written for various pop artist. He penned "Heart Attack" for Demi Lovato and "Talk Dirty" for Jason Derulo. Also, he's clearly quite the romantic.

So who is Bartov and what does do for a living? According to The Washington Post, Bartov works at Creative Artists Agency, which is a top talent agency in Los Angeles. I guess those creative gene runs in the family, eh?

Now you know that Douglas is taken, I will leave you with these adorable photos of his wife (with Douglas in a few), because he loves to take pictures of her. Prepare to be jealous. You're welcome!