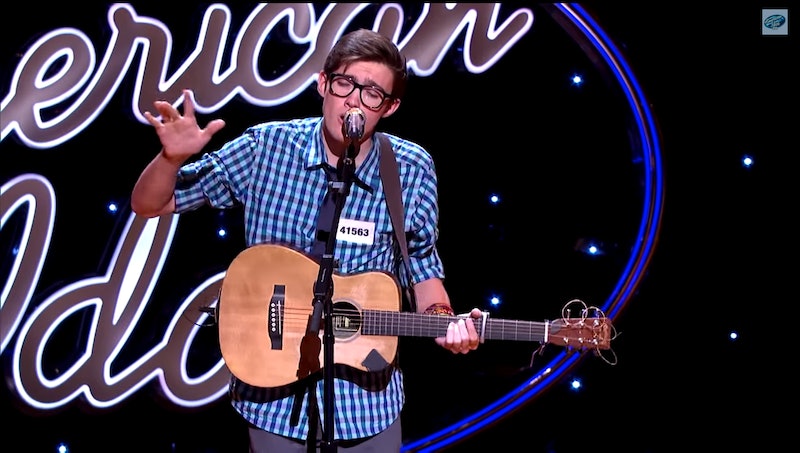 The Final Judgement is almost finalized. There are very few spots left in the American Idol Top 24 — only two-thirds of a spot if you ask Trevor Douglas. Another thing you should ask the science geek? If he made it to the Top 24. The answer? Yes. The 16-year-old wowed the judges with his overall awesomness and will perform with the Top 12 guys for America's vote next week.

There was one thing about Douglas that struck me more than his vocals — his quirkiness. I haven't noticed him up to this point, but he completely won me over tonight. His quirkiness will get him far in the competition and here's why:

Will Douglas' quirky glasses and plaid shirt win him the title of American Idol? Probably not. But he will at least provide much entertainment along the way. As long as he finishes his homework first.