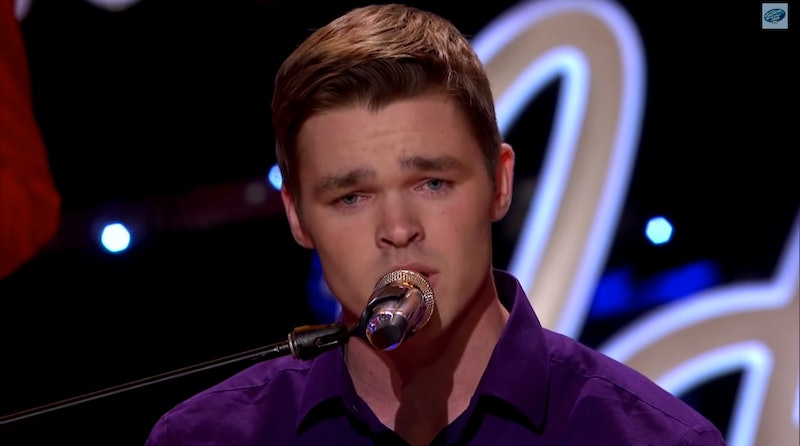 American Idol is getting serious this week in Hollywood. The Top 48 are taking their auditions to the House of Blues and in front of a live audience. Kicking off the showcase was 21-year-old Michael Simeon, who danced his way into JLo's heart in his first audition. He took a major risk by rapping in his cool rendition of MKTO's "Classic." With the Top 24 right around the corner, this could have blown up in Simeon's face and been a huge mistake. But thankfully, it paid off. Michael Simeon is the first of 12 men to make it to the Top 24.

So he made it to the Top 24, but does he really have what it takes to be the next Idol? Absolutely. Here's why:

It's clear that Simeon is the whole package. He definitely has a chance to make it far in this competition. The rest of the Top 24 have yet to be revealed, so it's tough to declare him the winner yet, but his chances are very high. He'll just have to beat my girl Jax first.