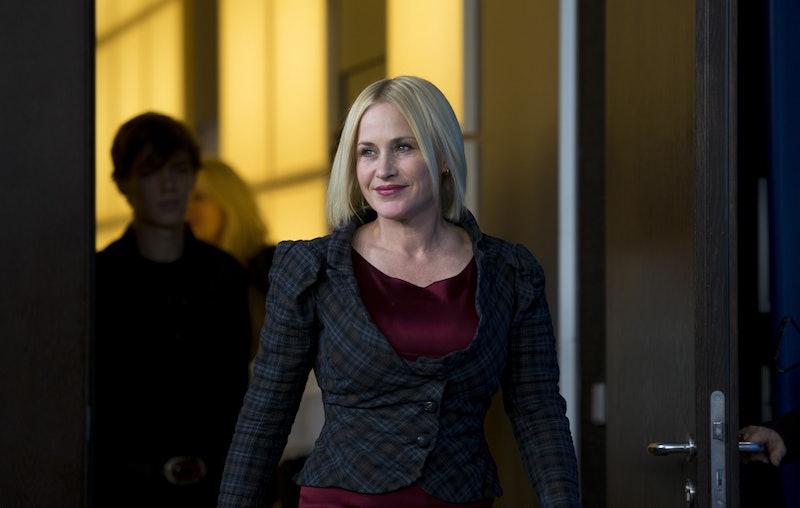 One of the most unique films ever made is finally receiving the proper credit it deserves, and it's a joy to witness. Boyhood has swept the nation as one of the must-see movies of the year, because of its relatable story of familial love and how it was filmed over the span of 12 years. Never before have audiences been able to see the transformation of a kid – using the same actor – into an adult on the big screen. It's a subtle masterpiece, and all of its stars are basking in the spotlight, including the film's supporting lady, Patricia Arquette who has yet to win an Oscar, but who's certainly no Hollywood rookie.

The Arquette family (yes, this includes Rosanna of Pulp Fiction fame and David of the Scream franchise) are a La-La Land legacy and we've seen her face on big and small screens for decades. But despite all that, Patricia Arquette has never even been nominated for Oscar before 2015. The Boyhood nod marks her first Academy Award nomination, and could possibly be her first ever Oscar win, but either way, her current award collection is nothing short of amazing. She seems to make the right choices on projects that will garner the right viewers, the right amount of attention, and the right buzz to lead her to an award. Basically, Patricia Arquette is a Hollywood boss.

Her previous award wins include everything from consecutive nominations from her days as the star of Medium, to back-to-back nominations for TV and movies, to one ripe Razzie nomination for her role in the spectacularly terrible Little Nicky. She has been nominated for over 20 major industry awards, and has won a lucky seven to date. Could this year's Oscar be her crazy eight?

Let's look at her competition:

Well, right off the bat, anyone and everyone should assume that Meryl Streep will win, because she's Meryl Streep. She can become anyone and usually gets recognized for her outstanding talent via gilded statues. Then again, Jennifer Lawrence did best her not too long ago...

Plus, the Golden Globes can be a good indicator of who will emerge victorious in the Oscars Best Actress race, and Arquette nabbed that trophy this year. She also won the Screen Actors Guild this year for Boyhood, so even her Hollywood peers are betting on her.

However the Best Supporting Actress category shakes out, one thing is certain – Patricia Arquette is having a very good 2015, and statue or no, it's about to get even better.