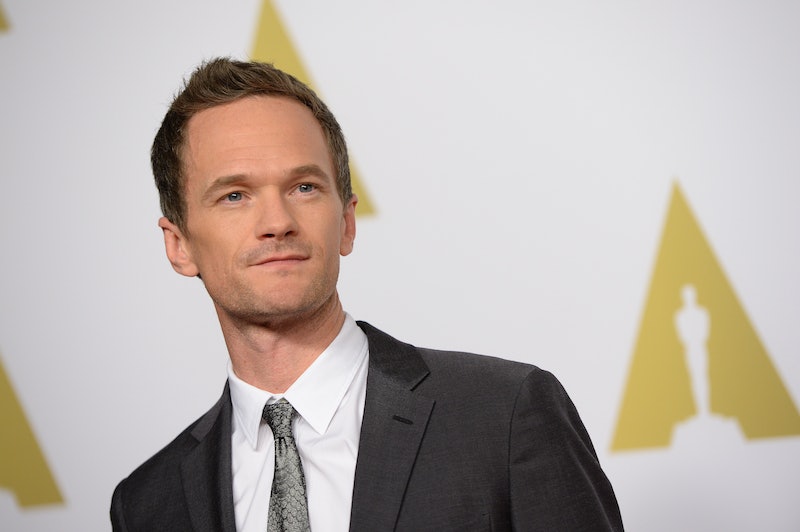 Although I may not understand them, and I'm definitely not one of them, I know that somewhere, they're out there: people who don't plan to watch the 2015 Oscars. Maybe they're busy Sunday night (doing what, watching Family Guy?), or maybe they figure they'll just read about the highlights in the next day's headlines, and that staying up to watch a four-hour show is ridiculous (of course it is, but that doesn't mean we all won't do it anyway). For whatever the reason, there are many people who won't be glued to their TVs all night long on Sunday, and while I don't understand their reasoning, I do know that come Monday morning, they're going to need some serious help catching up.

Because even if they don't choose to tune in to the ceremony, plenty of their friends and co-workers will — and when, on Monday morning, everyone's talking about their favorite moments and the show's most surprising wins, they're the ones that are going to be out of the loop. That is, unless they follow my advice, below, for what to say about the Oscars even if they didn't see a minute of the show. My guide to pretending you watched the Academy Awards:

"It's crazy how sexist the red carpet stuff still is. Can't they come up with a better question than "who are you wearing?" But I mean, Lupita Nyong'o's dress was gorgeous."

"Neil Patrick Harris is so talented. He acts, he sings, he dances, he even does magic! Sure, it wasn't Tina and Amy, but come on, there's nothing the guy can't do. And the music! That song's still stuck in my head."

The Acting Winners, Minus Best Actor

"What a predictable year, right? J.K. Simmons, Patricia Arquette, Julianne Moore... All so deserving, though."

If Michael Keaton wins: "I liked him, but I would've gone with Eddie Redmayne. What amazing physicality!"

If Eddie Redmayne wins: "I liked him, but I would've gone with Michael Keaton. What an amazing comeback!"

If pressed to continue:

"You know, I can't even care about this race because Ava DuVernay's not in it. The Oscars messed up big time."

If Boyhood wins: "What an incredible feat of filmmaking!"

If Birdman wins: "What an incredible feat of filmmaking!"

If Selma wins: "Never count out the underdog!"

If The Imitation Game wins: "The Oscars have always been pretty subjective."

If American Sniper wins: "I give up."

Other Things to Throw Into Conversation

"I can't believe they made Jennifer Aniston and David Oyelowo present, even though they were snubbed! What good sports those two were."

"John Travolta must've been so nervous."

"Anna Kendrick should be in more things."

"God, everyone was so drunk."

"Do you think Meryl gets bored at these things?"

"Ben and Jen are the cutest."