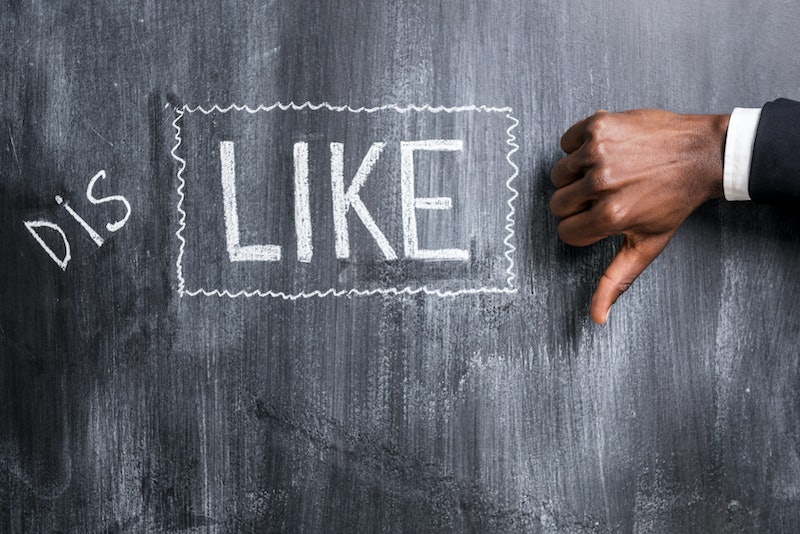 When it comes to potential relationships, everyone has deal breakers, those things that we are just not willing to put up with. And thanks to the BuzzFeed video "Guys Talk About Dating Deal Breakers," we can all gain a bit more insight into what dudes are definitely not looking for. Or at least what the men at BuzzFeed aren't looking for. But hey, they look like fine upstanding guys, right? Maybe?

The thing about deal breakers is that they tend to be pretty individual. After all, there are lots of things that annoy most people — but deciding which things you absolutely refuse to put up with, regardless of a person's other qualities? That's not something that's so easy to agree on. Which is probably why a lot of the guys in the video not only aren't in total agreement with each other, but also aren't completely unshakable in their dislike of certain traits. It is clear, however, that any one of these would be a big things for someone to overcome as a potential dating partner. Not impossible... but big.

So what are these deal breakers? And how reasonable are they? Because, after all, we all have our irrational sides, especially when it comes to dating.

Here are my favorite rules from the video's various categories. Are any of these deal breakers for you, too?

1. Dissing Stuff The Other Person Likes

It doesn't matter if they have the worst taste in music or if their favorite movie is the third Matrix film: Picking on other people's tastes is rude. A little teasing might — be permissible but there's a definite line between teasing and being mean.

2. Spacers/Gages/The Voluntary Ruination of Your Own Ears

I think this one kind of speaks for itself. Don't date someone who loves drugs, people. It will not end well.

4. Being Mean to Their Friends

If they're mean to the people who are already in their life, that's a pretty good sign that once you're in their life, they'll just be mean to you, too. Mean people are a major turn off. In fact, if there is one universal deal breaker, it should really be someone who mistreats you.

5. Not Good With Your Friends

If they don't seem compatible with the people you like, that might be a sign they're not all that compatible with you, either. At the very least it means that you're bound to have problems at parties in the future.

See the rest of the deal breakers in the full video.