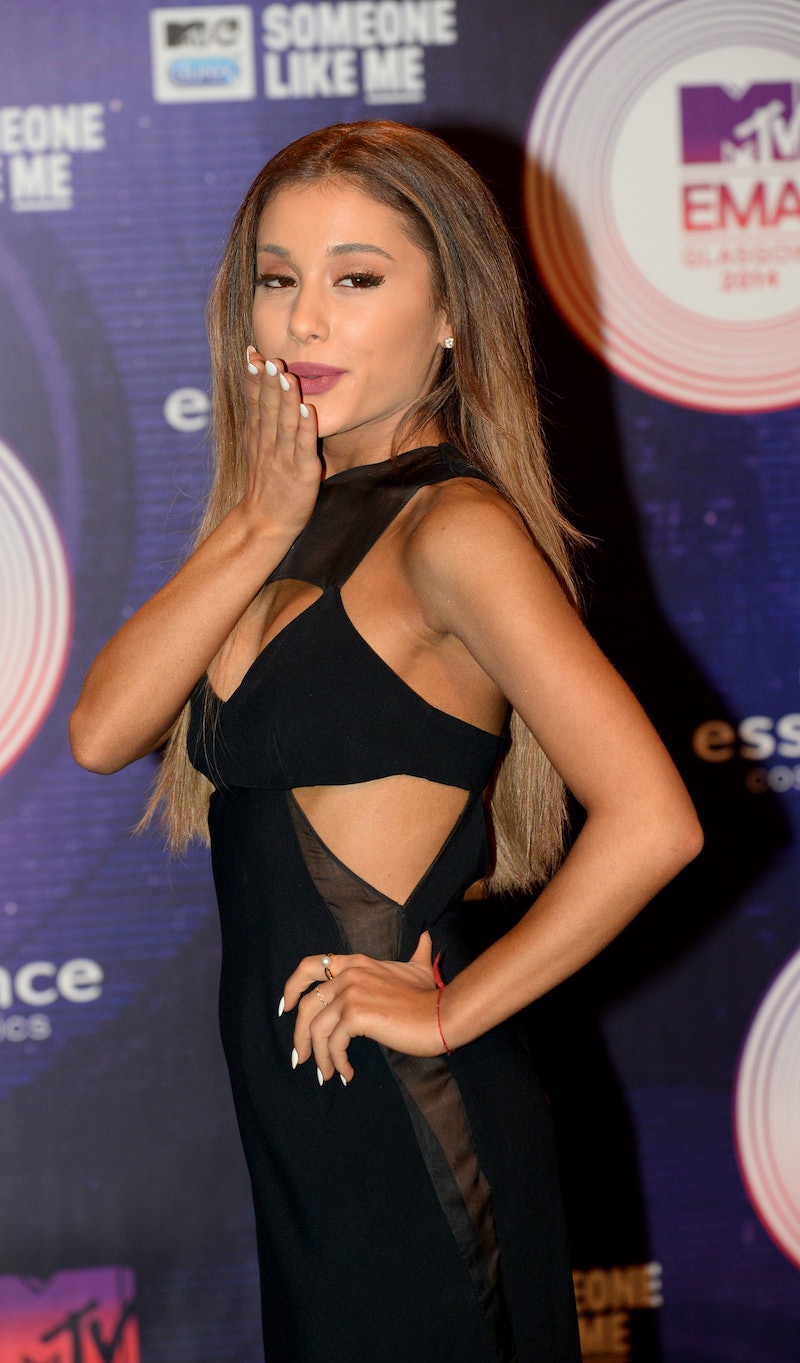 Well, we knew this was coming eventually! Singer/actress Ariana Grande is releasing her first perfume. According to WWD, she signed a deal with Luxe Brands for the scent to launch in speciality and department stores this September. But with the pop star recently changing her style from sweet to more mature, I have to wonder exactly what her scent will smell like.

Grande released a statement saying she has "always been obsessed with perfume," carrying up to six different scents with her at a time. “I’m asked so often about which fragrance I’m wearing, or if I have a signature scent. I do have favorites, but I really want to create something that encompasses everything I love…which is why I am so excited to create my personal fragrance I can call my own.”

WHAT DOES THAT MEAN, ARIANA?

I can make an educated guess that the packaging will be pink, but that doesn't say much about the perfume itself. The former Victorious star is full of style surprises on the red carpet, so who knows that her scent will smell like? I've put together a list of 7 things an Ariana Grande perfume might be like, based on her ever-evolving fashion choices.

Her character on Victorious, Cat, liked to chew gum, and so does Grande! I could totally see bumping into Ariana Grande on the sidewalk, then smelling like Bubblicious for the rest of the day. She just oozes sweetness.

Let's be honest, Grande has to lead a pretty stressful life. Between No. 1 singles, high-profile performances all around the world, and collaborations with other artists, Grande has to be overwhelmed from time to time. Lavender is known for its calming effects.

Grande has been pretty blunt about the fact that her long hair is not all natural. And she loves it! I'm just worried that in the process of creating her smell, a piece of her locks may have fallen into the testing tube. Or that she loves her hair so much, she decided to embody it in a scent.

Grande is known for her cat ears, so even though kittens aren't exactly super fragrant, there's a chance she'd made her perfume have a few notes of dander.

The singer has often been compared to Mariah Carey. Maybe her perfume will smell something like the legendary diva — or at least her own scent, Dreams?

This girl's always rocking a bold color on her lips. Because she appreciates a good lippy, perhaps her scent will be inspired by Lip Smacker's or a freshly opened tube of lipstick.

I mean, she loves him enough to put him in her latest music video...