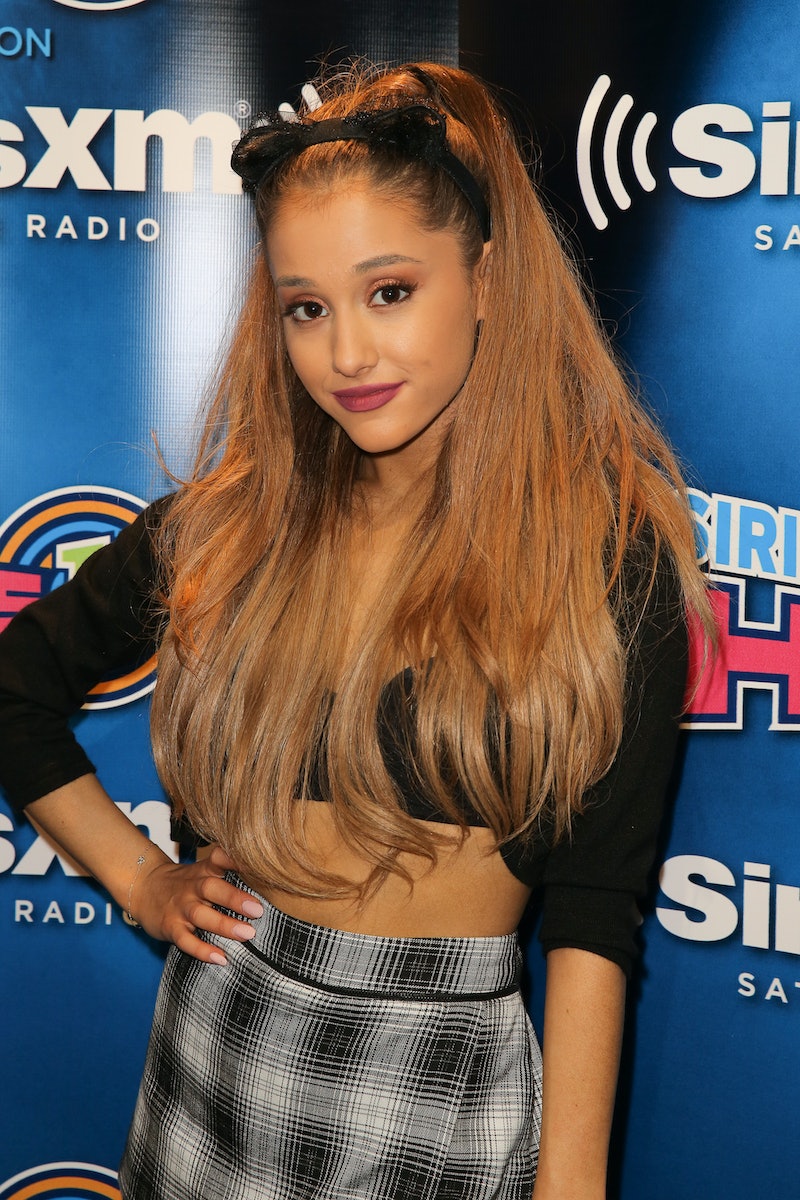 It looks like Ariana Grande is starting to get a bit of a reputation for being (gasp!) "difficult." And also kind of a diva. When reports surfaced that Grande walked off the set of a photo shoot for an Australian newspaper when photographers refused to adhere to her strict list of very specific demands and that she strongly prefers to be photographed on her left side (even though her right side looks the same), there was some speculation that Grande was maybe, possibly the tiniest bit of a diva. Though Grande has denied rumors of diva-esque behavior, E! News host Giuliana Rancic has spoken: "I think she does have a little bit of a diva thing going on." There you are. Straight from the source.

In an E! News video, Rancic shared a very telling story of an experience with Grande on the red carpet: "I think it was at the AMAs, she came up on the platform, and normally I stand on this side [her left side] to the camera[...] Little Ariana comes over, I feel like 'bing,' elbow in my side, I'm like, 'What's going on?' and they push me to the other side." Rancic also touched on Grande's Mariah Carey-like tendencies, which she feels Grande hasn't quite earned yet: "I just felt like it's one thing if it's Mariah, you know, I'll get on any side, I'll bend down, I'll climb a ladder, whatever it takes to get Mariah to do an interview[...]But when you're new on the block [...]you just gotta do what you gotta do, try to get a great reputation".

FETCH ME MY COFFEE, UNDERLING!

Things might not be going well for Grande on the reputation front, but according to the Daily Mail, Grande insists she's not a diva: "All these ridiculous untrue things about me and I’m just like, you know what, that’s not real, that’s nonsense, my fans know who I am, my family knows who I am, my friends know who I am and that’s all that matters". True, but I'd guess it's probably best not to elbow your interviewers. Just as a general rule.

Check out Ariana Grande's response to the the diva rumors here: