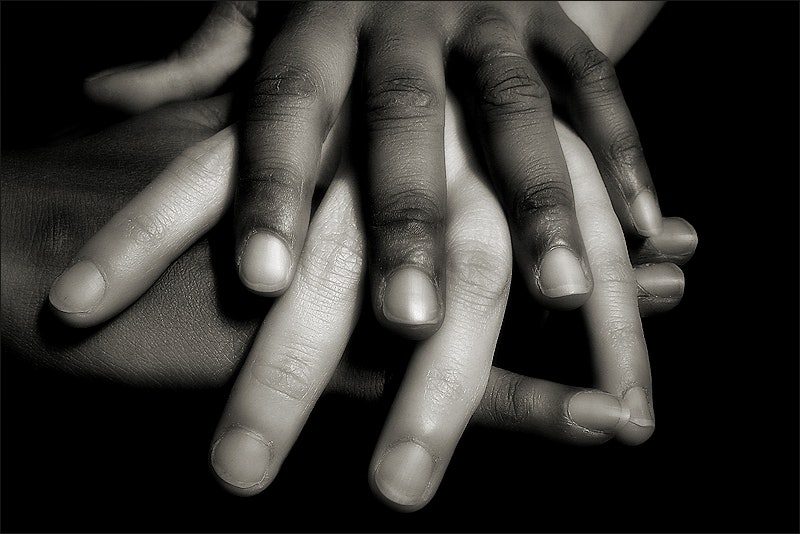 To be fair, the research isn't just about men with short index fingers in general; specifically, it's about men with index fingers which are significantly shorter than their ring fingers. I'll admit that this may sound any less ridiculous, but apparently it's related to the levels of testosterone a man was exposed to as a fetus. The greater the difference between a man's ring finger and his index finger, the more testosterone he probably experienced while still in utero. And apparently men who were exposed to less of the hormone during their fetal development, regardless of their current hormone levels, tend to be nicer to women — at least according to a new study. "It is fascinating to see that moderate variations of hormones before birth can actually influence adult behaviour in a selective way," said one of the study's co-authors, Simon Young, a Professor Emeritus in Psychiatry at McGill.

So let's be clear about this: It's not that finger lengths actually cause men to be more or less pleasant towards women; however, since both conditions are affected by the same thing — that is, testosterone exposure — relative finger lengths might still be a potential way to gauge what kind of person a man is. Obviously, there will be exceptions to every pattern, but still. This is just really weird.

It means, Ryan, that we can expect a "Hey Girl" meme talking about your finger lengths (and probably hand size) any day now. That's what this means.

Apparently several previous studies have shown a relationship between digit ratio — specifically the ratio between index and ring fingers — to be linked to various types of social behavior, but this was the first study to examine how behavior might changed based on the gender of whomever the subject is interacting with. In the study, scientists had participants fill out surveys every day for 20 days in which they listed all social interactions they had lasting five minutes or more. Additionally, they checked off the types of behaviors in which they engaged. Men with smaller digit ratio — meaning a greater difference in length between their index and ring finger — engaged in one third more agreeable behaviors and one third fewer disagreeable behaviors than men with larger digit ratios. And that difference seems most pronounced when men are interacting with women.

"When with women, men with smaller ratios were more likely to listen attentively, smile and laugh, compromise or compliment the other person," explained Debbie Moskowitz, the study's lead author and Professor of Psychology at McGill. For what it's worth, researchers also found no connection between a woman's digit ratio and her behavior.

Is this study weird? Definitely. Could it be useful? Perhaps. It's a little awkward to ask someone to let you measure their fingers when you first meet them or while on a first date, after all, and again, there are always exceptions to overall trends. But it seems the when it comes to men's hands, size is no longer the only thing a girl should look at. You're welcome.