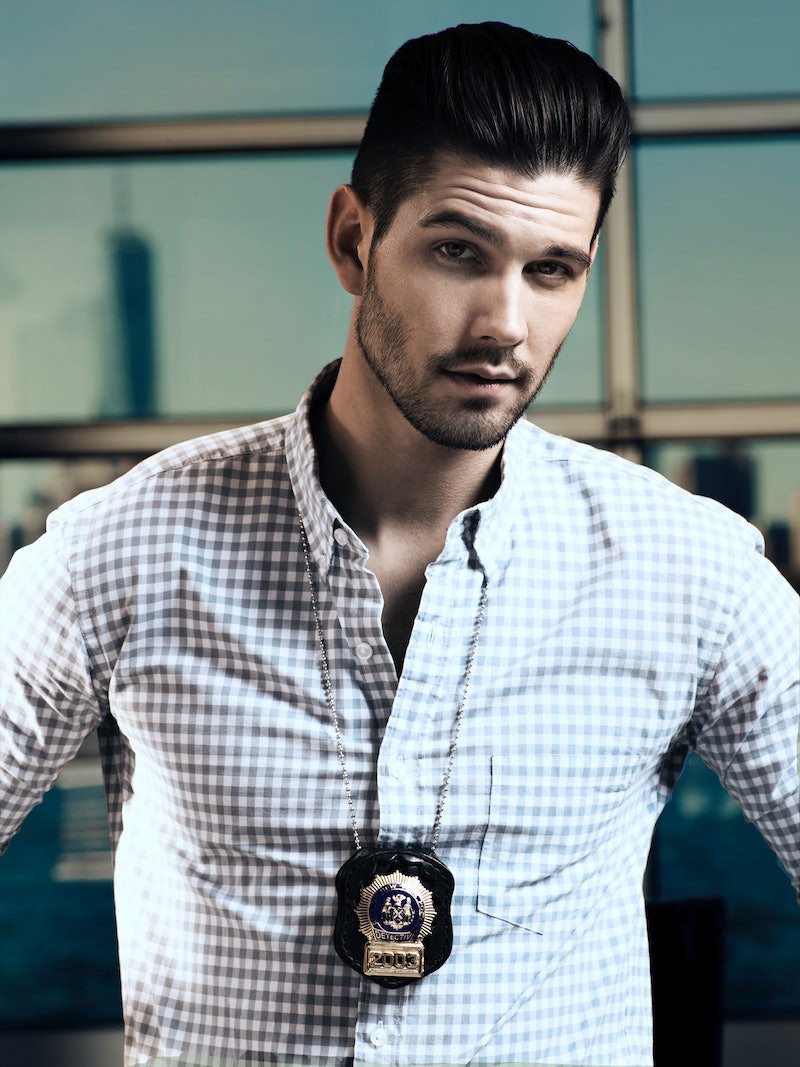 It's been a rough few weeks for Lindy on Eye Candy. It seems like very few people are safe from this crazy killer who appears to be stalking her. First, her boyfriend Ben was killed in the series pilot — they really don't mess around on this show — and since then, people have been dropping like flies. The next person who seems to be a target on The Radar of Death is Tommy, Eye Candy 's resident cyber-detective and Lindy's "partner" while she's assisting the NYPD. Tommy also seems to be falling for Lindy, aka his dead partner's girlfriend. It's a sticky situation. But with the possibility of "Tindy" in the future, would the show really kill Tommy off?

Tommy has already had quite a few close calls on Eye Candy, but none closer than those moments between him and Lindy that have the audience asking "will they or won't they?" And while it would be a huge twist for Tommy to be killed by the stalker, I'm not so sure that actually needs to happen... OK, I just don't want it to happen! Damn you, Casey Deidrick, for being so likable! Here's why we can't afford to lose Tommy yet — or at all, for that matter — on Eye Candy.

He's The Only One We Can Trust

Besides Lindy, Tommy is the only person who's earned my complete trust on this show. From the clues we know about the killer and stalker, we can pretty much rule him out. He's watching out for Lindy, and I don't really know who else we can say that about in her life. Note to Lindy: find yourself some new, not sketchy friends.

He Wants To Catch The Killer Too

Here's the thing with most of Eye Candy's characters: They're all scared of the big, bad killer, but Lindy and Tommy are the only two people being proactive about finding this guy. Plus, Lindy and Tommy both share the desire to seek revenge on the person that killed Ben.

He & Lindy Are Definitely Endgame Material

There have been way too many long stares and shy smiles for these two to not get together at the end. It's not going to be an easy road, but maybe the teased "Tommy's dead" thing from Episode 7's trailer will be just what the two need to make progress towards becoming a couple? Or at least professing that they have feelings for each other. Because no one is falling for the "He/She's a pain in my ass," charade that they're playing now.