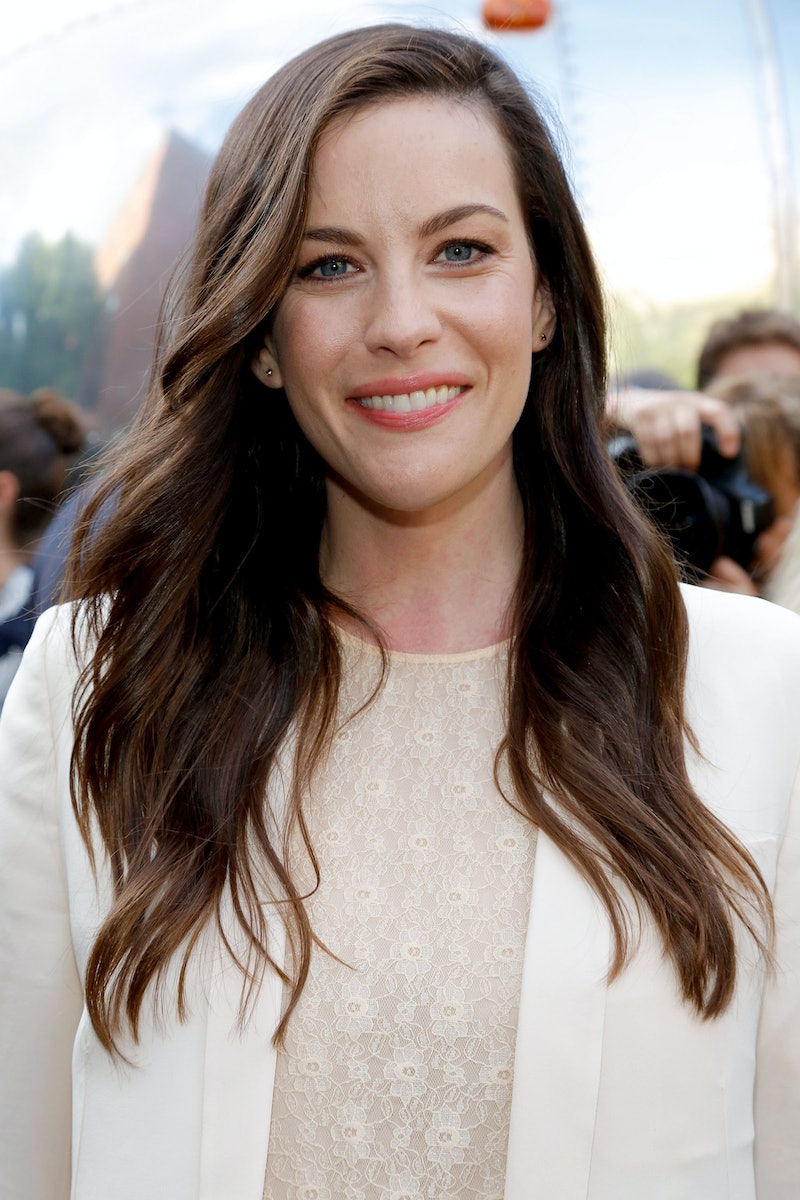 Liv Tyler and David Gardner have revealed their newborn son's name, and it's probably not what you were expecting. On Friday, Feb. 20, the couple shared on Instagram that their son is named Sailor Gene Gardner. So nautical! As you can see in the photo below, Sailor's face remains hidden, but he is holding an anchor necklace in the palm of his oh-so-tiny hand.

Tyler and Gardner welcomed Sailor on Feb. 11 in New York City. At that time, all we knew was that the couple were proud parents to a baby boy, but his name had yet to be unveiled. Now that the big name has been revealed, why do you think they've called the little man "Sailor"? The couple has yet to open up about their choice, but regardless, it's an adorable name fit for any adventurer.

If he doesn't want to become an actual sailor, maybe he'll become a professional swimmer, work for the U.S. Coast Guard, end up on Deadliest Catch, or even join the fight against SeaWorld!

I could go on and on about the potential careers ahead for Sailor, but we'll have to wait and see what destiny, fate and, you know, free will, have in store for this guy.