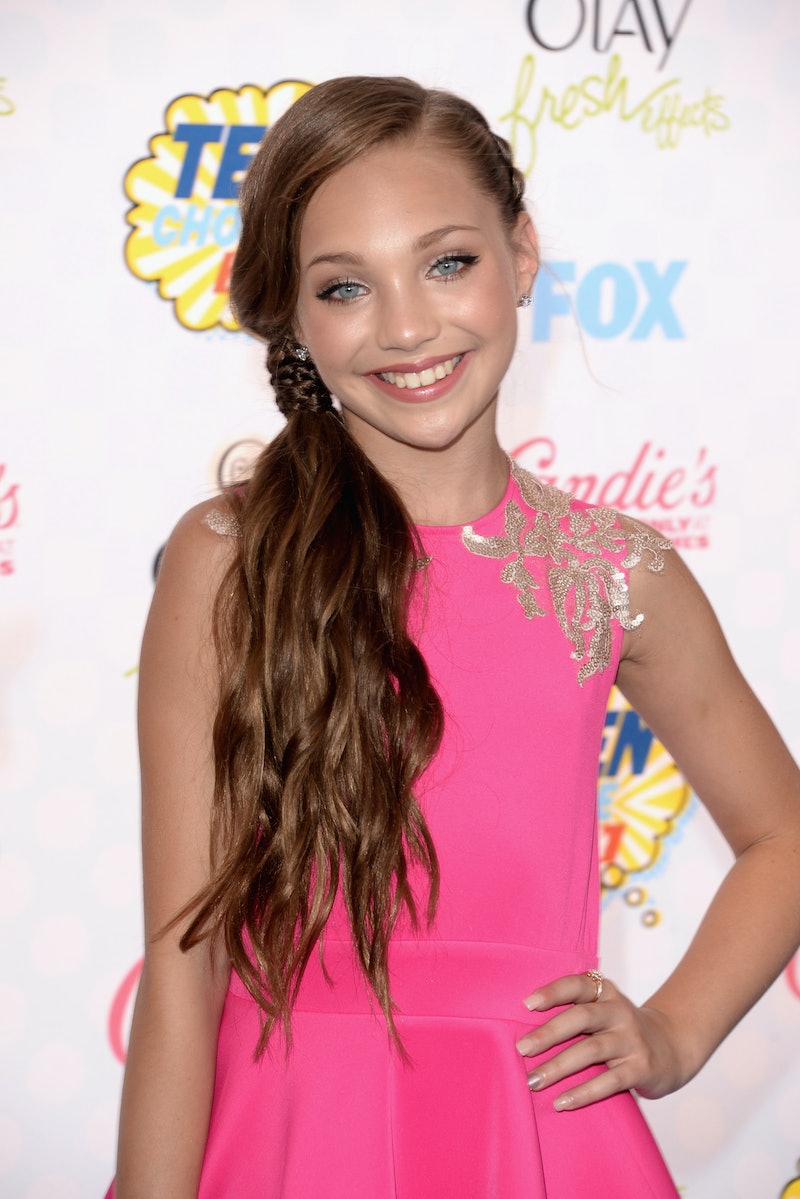 If you ever wanted to look up to someone when it comes to dancing, then you must become invested in 12-year-old Dance Moms star Maddie Ziegler. Seriously, she is a force to be reckoned with and will make you want to dance like there's no tomorrow. Ever since Ziegler popped up on the Lifetime reality series, she's been making a name for herself. And more recently, Ziegler has been dancing in Sia's music videos and everyone is obsessed with her — and rightfully so.

Before we know it, Ziegler will probably be appearing in everyone's videos, starting her own studio, and maybe even ending up on Broadway. Yes, she's that good. If you've never seen her strut her stuff on the dance floor, well, then, you're missing out. Let me restate that she is only 12 years old and her talent is off the charts. Admittedly, I danced for 15 years back in the day, and I will not pretend to be anywhere near as good as Ziegler. Plus, she has put a lot more time and commitment into her craft, which will surely get her far in life.

Now, it's time to check out Ziegler's dancing by rounding up some of her best videos. Trust me, if you're not in the dancing mood right now, you will be after watching these eight videos. You're welcome.

That Time She Debuted In Sia's "Chandelier" Video

This one is pretty much a given, and, of course, I had to include it.

That Time She Danced In Another Sia Video

Some found this music video for "Elastic Heart" odd and disturbing, thanks to Shia LaBeouf's role. However, you can't discount the fact that Ziegler is a phenomenal dancer throughout.

That Time She Did A "Timeless" Solo

It's no secret that Ziegler is a genius at solos, which is proven here in this contemporary piece.

That Time She Was Super Young, But Rocked It

See? Ziegler has been a dancing machine since she was a wee one.

That Time She Kicked Butt During A Duet

Ziegler doesn't need to dance by herself to prove she has the moves. Yes, she's dancing to another Sia song.

That Time She Kicked It Up A Notch

It's very rare to see Ziegler not dancing a slow routine, but when she picks up the pace, she does it fantastically.

That Time She Was On Dancing With The Stars

I'm sure some are sick of watching Ziegler dance to "Chandelier," but there was no way I was leaving this off the list, because she dances with amazing So You Think You Can Dance alum Allison Holker.

That Time She Danced In The Street

Here's a video of Ziegler dancing in the streets of Paris to "Chandelier." Even when she has on street clothes, Ziegler can do no wrong.

OK. Who else wants to go cut a rug with me?