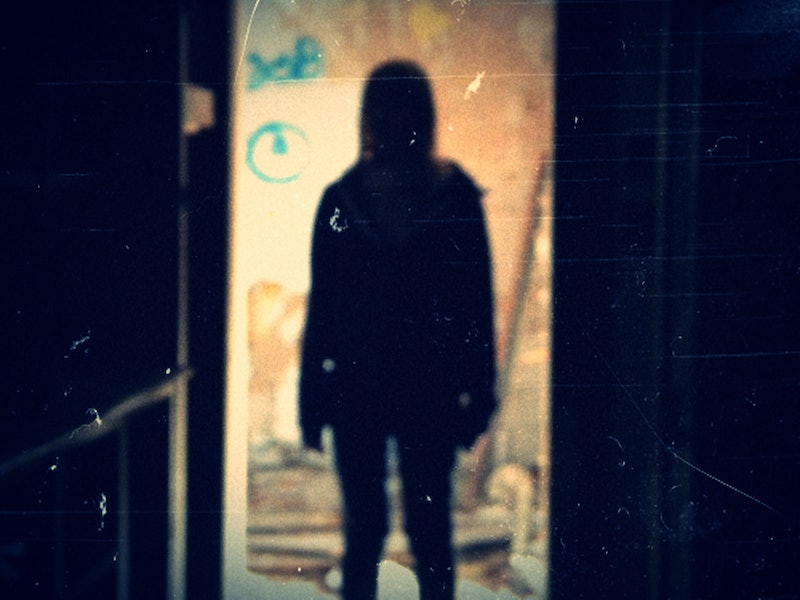 Hey, guys. A little birdy recently told me that y'all like creepy stuff, and hey, guess what? I do, too! So in order to start your weekend off right, I've combed the latest AskReddit threads about real life creepy stories and assembled a “greatest hits” of sorts. Because let's face it: You weren't planning on sleeping tonight anyway. Right? ...Right???

I don't know what it is about creepy stories and tales that I find so appealing. Studies have shown that we have a psychological need for fear, so I suspect it has something to do with that; at the same time, though, I often wonder why some people love to be scared and others don't. I'm too chickenshit to engage in any thrilling activities that might result in accidental bodily harm — skydiving, race car driving, and so on — so I get my fix through stories. It doesn't matter if they're real or fiction, or whether I read them, watch them, visit them, or walk through them; if they can get my blood pumping, then count me in.

AskReddit threads asking the community for storis about strangest and most mysterious things that ever happened to them pop up fairly frequently, and each and every time they do, I get sucked right in. We looked at one or two around Halloween — but who says the scary stories have to stop once October ends? Here are my 14 favorites from the current thread; head on over to AskReddit for more. Happy haunting!

But, like, for real. This is a “Then Who Was Phone?” story that means business. Also, does anyone else think there's a killer short film waiting to be made out of this one? I would watch that. And then I would sleep with the light on for a few nights.

2. The Shape in the Trees

Animals — especially dogs — are often said to be much more sensitive to anything potentially otherworldly than humans are. It may just be the fact that their senses are much more attuned than ours in general, allowing them to sniff out things with completely earthly origins with greater ease… but if my dog told me to GTFO, I'd listen.

3. There's Someone in the House

This is just part of a much longer story, so here's the permalink; head on over there to read it. Of course, these strange occurrences weren't necessarily the work of something supernatural… but I'm not sure the most plausible explanation is any more comforting. Would you want to find out that there was someone else living in your home without your knowledge?

The possibility of there being a ladder present does not make me feel any better about this one.

File this one under “Unsolved Mysteries.” Or possible “Inexplicable Phenomena.” Either would do.

...I don't even want to know. Seriously. No possible explanation for this one is good—not even the one where idontevensmoke did it themselves. That would imply that s/he sleepwalked all the way to the store, bought a pack of cigarettes and lighter, walked all the way back, and lit one while still asleep. Does the idea of not being in control of what your own body is doing freak anybody else out? Because yikes.

When the mannequin uprising happens, this is how it will begin.

I am equal parts terrified and fascinated by this one. What kind of conversation do you think you might have with your own doppelganger?

Of course, there's also the possibility that you're the doppelganger. What then?

This one is another excerpt, so click here to read the rest. All I can say is:

13. The Ghost in the Mirror

Parolemodel did find out the history behind the house — and yeah, it probably had something to do with what s/he saw. Here's the permalink so you can find out for yourself.

You know the drill: Click through to read the whole thing. Suffice to say that I will not be going camping anytime soon.

More like this
What Is The Forest Personality Test? The TikTok Trend, Explained
By Georgina Lawton
This Creepy TikTok Trend Encourages Out-Of-Body Experiences
By Kaitlyn Wylde
Myra Magdalen Is TikTok’s Queen Of Chaotic Maximalist Fashion
By Sophia Moore
RushTok 2022 Is Here & TikTok Is Just As Obsessed As Last Year
By Sarah Ellis
Get Even More From Bustle — Sign Up For The Newsletter