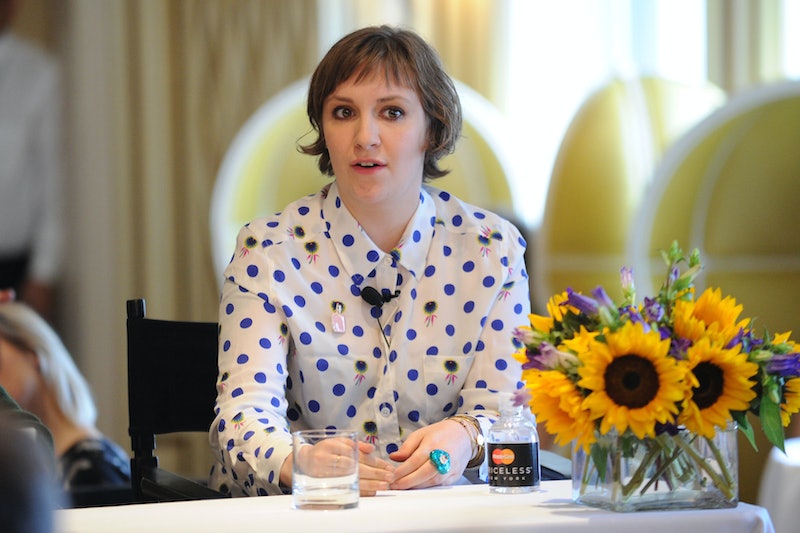 One long-standing complaint about HBO's Girls is the maturity level of its cast of characters — most specifically, that of its main character, Lena Dunham's Hannah Horvath. Well Hannah's in for a big heartbreak this season, and it has nothing to do with her rotating cast of love interests. June Squibb, who has been cast as Hannah's grandmother in the third season, has revealed that (spoiler alert) the Girls character is going to be losing said grandmother this season.

Squibb, who also plays a grandmother to Will Forte's character in the film Nebraska, spoke to Vulture about the difference between these two characters in an interview at NYFF on Tuesday. She revealed that Hannah's grandmother is dying, and that that development brings a whole host of female relatives of Hannah's to the surface of the show, including Hannah's two aunts.

Asked if this plot point will lead to any maturation for Hannah's character, Squibb responded, "Yeah! We do have one scene that I think will be lovely for that, that really shows that. I think it does help her grow up. People will react to her doing that."

Girls Season 3 doesn't air until January 2014, but it's nice to see some much-needed character maturation on the horizon. Now, just cast Tina Fey as well, and we'll completely forgive Girls for some of its more questionable episodes last season.

More like this
Who Is Allison Williams Dating After Her Divorce? She’s Engaged With A Child
By Jake Viswanath
A New 'And Just Like That' Table Read Pic Confirms A Key Character's Return
By Jack Irvin and Grace Wehniainen
This 'Gossip Girl' Wardrobe Error Has Gone Viral On TikTok
By Alyssa Lapid
Mollie Gallagher Has A Deeply Personal Reason For Taking Up Skating
By Maxine Harrison
Get Even More From Bustle — Sign Up For The Newsletter
From hair trends to relationship advice, our daily newsletter has everything you need to sound like a person who’s on TikTok, even if you aren’t.