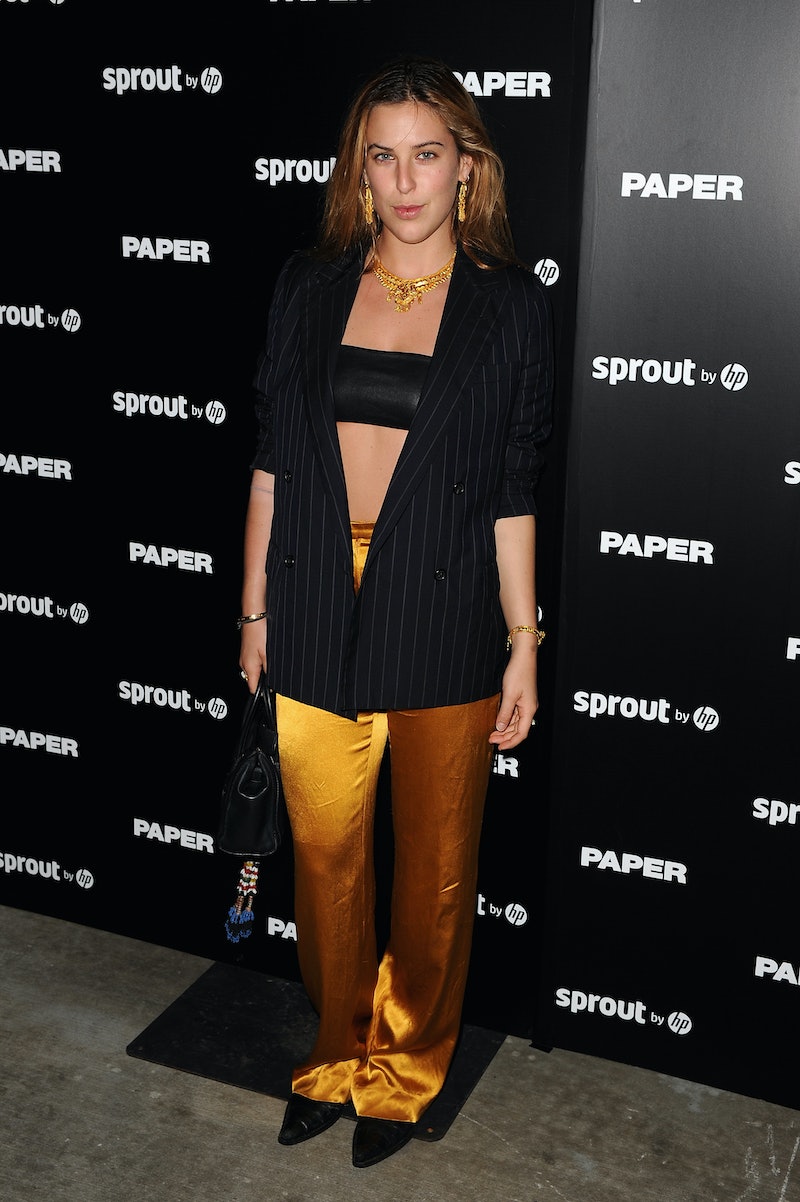 Feminist and pioneer of the Free The Nipple movement Scout Willis bared her armpit hair, which is, naturally, making certain members of patriarchal society deeply uncomfortable. Willis shocked and awed at an art opening put on by the Impossible Project — which also included works by The Kills’ Alison Mosshart, Kate Bellm, and Caroline Grant — where she was photographed in a sheer tank dress that showed off her unshaven underarms. The media, as usual, is beside itself.

“Braless Scout Willis Puts Nipples, Armpit Hair on Display in Semi-Sheer Nude Dress—See the Pic!” reads one headline from E! Online. “The young starlet's hairy situation didn't seem to faze her one bit as she attended the event to showcase eight of her own photographs,” says a report from the NY Daily News. And over at the Mirror, Willis seemingly planned the affair by growing her armpit hair for the occasion: “The daughter of action movie veteran Bruce was spotted at her London art exhibition on Thursday and seemed to have been making a statement,” they write. “The star appeared to have grown out her underarm hair, with a dark patch visible under the line of a very revealing dress.”

Because how are we to allow a woman to exist without objectifying her anti-objectification grooming? The Daily Mail literally cropped a photo of Willis’ armpit to follicle-sized magnification. If nothing else, this illustrates precisely what Willis actively continues to protest. But Scout, being the badass that she is, gave a metaphorical middle digit to The Man and tweeted the following:

I mean for God’s sake, can we just let this woman live already?

More like this
Sandra Bullock, Girlboss Extraordinaire
By Matt Harkins & Viviana Olen
10 Swoon-Worthy Beauty Looks From The 2022 Cannes Red Carpet
By Olivia Rose Ferreiro
10 Ways To Modernize The Early '00s Frosted Eyeshadow Look
By Olivia Rose Ferreiro
Millie Bobby Brown's Blonde Hair Is Very Britney Spears Circa 2002
By Paris Giles
Get Even More From Bustle — Sign Up For The Newsletter