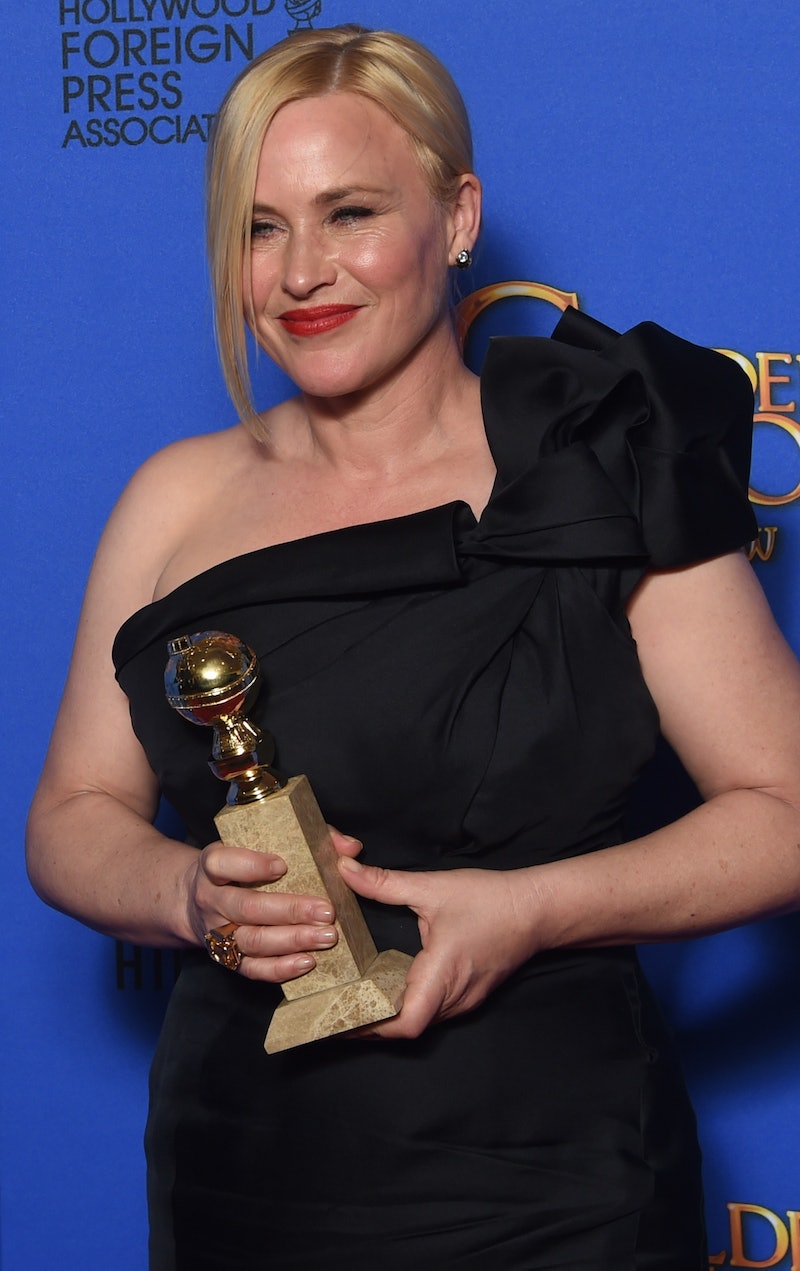 Patricia Arquette won Best Supporting Female at the 2015 Spirit Awards for her work in the 12-year epic, Boyhood . The Richard Linklater film follows a brother and sister as they grow up over a dozen years on screen. Arquette plays a single mother of the two children, and her impressive performance is well-deserved. "I wasn't concerned at all," Arquette says of signing on to a 12-year-project. "Independent film pays very little. I knew legally you can't have a contract, and anyone could have left. I knew the liklihood of getting financing was slim to none," she admits backstage at the ceremony, shiny statue in hand.

"I wanted to do something new in film. This moment in film is so rare. The way [Linklater] talked about the movie, about the experiences of normal human beings. This idea that life is short and beautiful and life is always changing. It moved me a lot as a human being," she calmly says of why she wanted to do the film.

Arquette also spoke of her bravest moment as an actor, saying: "A lot of times as a kid you think you want to be something but you don't know if you can. At one point I wasn't sure if I wanted to be a midwife or an actor. I gave myself one year to be an actor... Every time I got bad feedback as an actor I saw it as good feedback because it meant I was brave."

And with the bevy of awards she's won for this role alone, It's safe to say her year-long experience more than paid off.

More like this
Remember When Benedict Cumberbatch Announced His Engagement In A Newspaper Ad?
By Hugh McIntyre
Laura Dern Said “Cultural Awareness” Made Her Rethink This 'Jurassic Park' Fact
By Grace Wehniainen
Watch The Dramatic First Trailer For Netflix's Jennifer Lopez Documentary
By Alyssa Lapid
'Doctor Who’s New Star Is Already Huge On TikTok
By Maxine Harrison
Get Even More From Bustle — Sign Up For The Newsletter