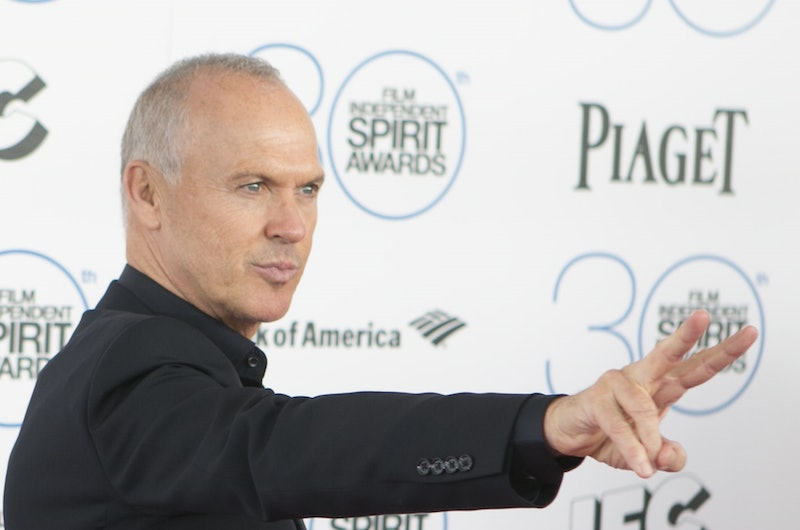 Michael Keaton won the Best Male Lead award at the 2015 Spirit Awards for his work in Birdman . The film, which has already won awards at the 2015 Golden Globes and is nominated for even more golden statues at Sunday's Oscars, follows a washed up actor who once played an iconic superhero, and is aiming for a comeback while juggling reconciling his family. "Yeah, I'm a human being so it was very relatable," he says backstage at the Spirit Awards, surrounded by other key cast members and director Alejandro González Iñárritu.

When the director of Birdman, Alejandro González Iñárritu is asked why he chose Keaton for the role, The Birdman himself steps in and takes the mic, saying: "Uh, did you seen Batman?" His response gets a hearty laugh from the reporters present, and Keaton isn't afraid to continue the joke: "I'm so fucking bored," he says. "No, I've enjoyed it to be really honest with you. We're all acting like this is so grueling, but I'll be in the fetal position missing it in three months," he says of working with the cast and crew of the independent and award-winning film.

The film is nominated for an Academy Award at Sunday's Oscar ceremony. Others up for the Best Picture award include: Whiplash, American Sniper, Birdman, The Grand Budapest Hotel, The Imitation Game, Selma, The Theory of Everything, and Boyhood.