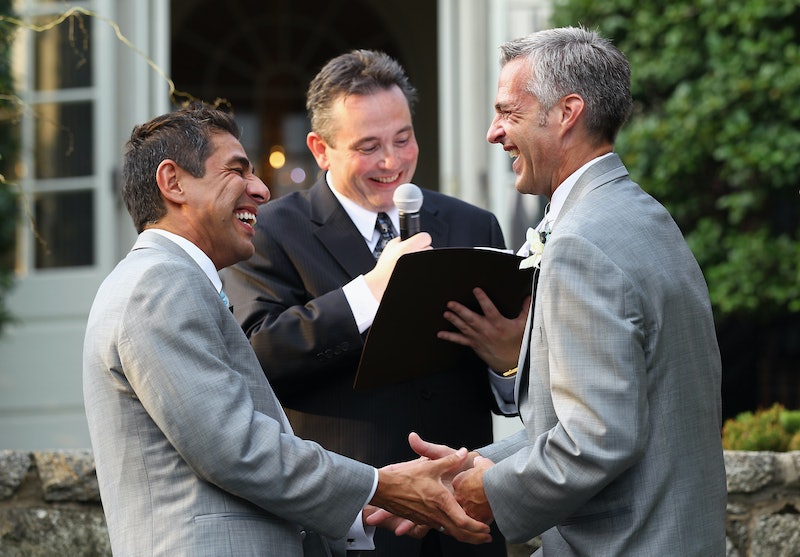 An unexpected group is about to spend big money to support LGBT rights in the upcoming 2016 elections: Republicans. Pro-LGBT Republican PAC, American Unity, spent $22 million in 2012. For the 2016 elections, they want to nearly double that figure by spending $40 million to protect LGBT Americans and to expedite the nationwide legalization of same-sex marriage.

Since the PAC’s launch in 2012 by Republican mega-donor and hedge fund billionaire Paul Singer, they’ve seen success in both the 2012 presidential election and the midterm elections this fall. The group pushes their pro-LGBT agenda by supporting and promoting Republicans running for office that are in favor of same-sex marriage or have opposed measures restricting same-sex couples’ rights. The PAC's leader, Tyler Deaton, told Buzzfeed News:

What we’re wanting to make clear in the coming year is that American Unity Fund is prepared to increase its commitment to our work in the states, investing up to $6 million in state efforts across the country to protect more LGBT Americans and build the momentum for a nationwide resolution on nondiscrimination.

To accomplish that, Deaton told Buzzfeed that their approach is going to be “two-prong.” The PAC will need to continue to advance existing non-discrimination bills while working to take down states’ anti-LGBT measures. While there’s a clear commitment to seeing same-sex marriage to full legalization, the group wants to consider what steps need to be taken to move that process forward, especially in red states and eventually in federal law.

Fortunately, American Unity has the tide of change on their side more than ever now. The Boston Globe reports that, already, Republicans are split on gay marriage going into 2016. While some want to continue fighting it, others are ready to give up and just admit they lost. Considering public sentiment, the latter of the two options will probably bode best for Republicans’ success. According to the Globe, a recent Republican voter poll revealed that a slim majority of Republican voters find an anti same-sex marriage stance to be deplorable. For a party that’s historically been against same-sex marriage and for the preservation of traditional marriages, this indicates a big shift.

So, though American Unity might not have the same fierce battle to fight in 2016 as they did in 2012, that doesn’t mean they don’t still have their work cut out for them. Although the U.S. might be significantly further down the path to embracing LGBT rights, we have not yet reached the end of the road.