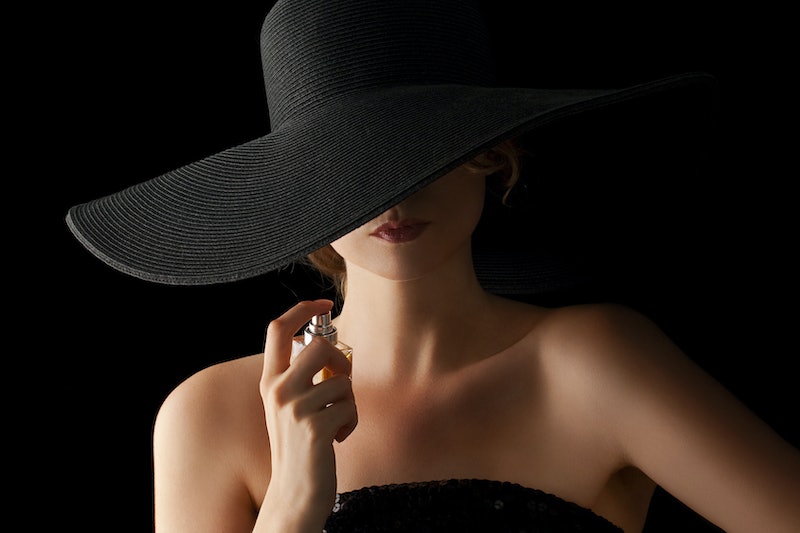 I remember the exact moment when I decided I needed a signature scent. I was 20, it was a summer afternoon and I was in the front seat of my friend’s car, stuck in traffic somewhere in Connecticut on our way home from the beach. We had to get back to New York for our respective internships on Monday, and we were discussing ways to pass our requisite lunch hour. My friend was explaining that she wanted to get into the perfume game, so she had started spending her midday break at department stores testing their fragrances.

I hadn’t really considered perfume something worth “getting into” until my driving companion brought it up. Until then, all I had known of perfumery constituted a free Polo by Ralph Lauren fragrance I had received in a Race for the Cure gift bag when I was in fifth grade. It sat at the top of my medicine shelf until seventh grade, when I decided to take it for a test ride on a Saturday mall outing with my friends wearing matching North Face fleeces and identical Coach wristlets. I remember being in the backseat of my friend’s mom’s Suburban and listening to Avril Lavigne when one friend asked what that gross smell was. I was so embarrassed. It was definitely me. I passed off a nonchalant, “Huh, what smell?” and continued crooning to Sk8er Boi. Had my perfume gone bad? Did I spray too much on? I thought the point of perfume was that people were supposed to notice the way you smell and that it aged like a fine wine.

After rubbing magazine samples on my arm and neck for a couple of Bar Mitzvahs, I swore off perfume. No good had ever come of it except unwanted olfactory attention. I watched my high school friends fawn over Daisy by Marc Jacobs and Britney Spears’ Fantasy, but scents were too dangerous for me — I couldn’t get near them. I didn’t need to smell like roses and lavender; the combination of my body lotion and hair cream emitted a good enough scent.

Once I turned 21 and decided I was a strong, feminine woman (ugh), I was ready to re-enter the fragrance game. The logistical reason was that I was spending my junior year abroad in France and consequently spent a lot of time in airports where there wasn’t much to do but try perfume on at duty-free stores. I came back to New York flaunting how cultured I had become, with a list of scents I wanted to spritz myself in.

The problem is, I’ve never thought of perfume as something you buy for yourself. I kicked myself for not taking a French lover who would’ve gifted me with my favorite fragrance. Perfume is quite a commitment to buy — it's expensive and lasts a long time. If I have enough spending money to put towards perfume, I’d rather buy something else. You know? It’s never at the top of my list, and if it is, something else always comes up.

I got my first perfume for my 22nd birthday. It was anticlimactic — I had sent my sisters links to the fragrances I wanted, and they gave me Chance by Chanel. Since then, I’ve become increasingly more interested in fragrances. I graduated to Carven Eau de Toilette last year, and I’m now intrigued by Le Labo.

I wear perfume every day. I admit that sometimes, if I’m going to meet someone and think I need a spritz of something that smells nice, I’ll go to Sephora and take a sample of my scent, which I thank for being mainstream. It’s funny but true —­ dousing myself in the smell of flowers makes me feel confident.

The other day, while doing my morning spritz, I got philosophical about it. Why do I do it? I don’t wear makeup to work, so why do I wear perfume? I’ve thankfully learned to wear just the right amount of perfume so that [hopefully] it doesn’t overcome anyone else when I walk in a subway car or get in an elevator. I haven’t been called out for my funky fragrance since that fateful car ride to the mall in seventh grade. In fact, I’ve been complemented many times since then for smelling nice — all thanks to my perfume, not my Eucerin moisturizer.

I like the idea of having a signature scent. I can count on one hand the people I know who have a scent — the type of person you don’t have to look up to see when they walk in the room because you’ve already gotten a whiff of them. I have a friend with a very pungent (in a good way) perfume, and I swear she must have worn it for so many years that she simply wakes up smelling that nice. Though I’ve never asked what perfume she wears, whenever I get a whiff of it on someone else, I’m immediately taken aback. It doesn’t belong to them; it belongs to her.

The sad and simple conclusion is that perfume makes me feel mature, which is probably why my 13-year old self pulled that Polo by Ralph Lauren bottle down from the medicine cabinet in the first place. I also like that perfume is personal. Even though I don’t buy it for myself, my benefactors (a.k.a. my sisters) always give me a perfume that I’ve researched and tested on multiple occasions. I can only hope that one day I’ll have a scent that sticks to me as well as my friend’s does to her.